The accused appeared to have chosen names associated with the Sikh community in their Twitter usernames to mislead people about their identities, according to police. 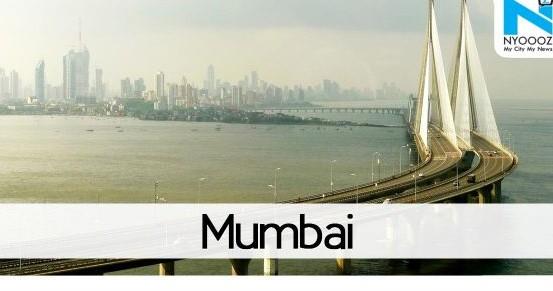 Mumbai police claimed on January 5 that three people had been arrested in connection with the 'Bulli Bai' app, which targeted Muslim women by posting their photographs online for 'auction.'
The accused also appeared to have used names associated with the Sikh community in their Twitter handles promoting the app in order to deceive people about their identities, according to the police.
According to a senior police source here, Shweta Singh, an 18-year-old woman apprehended by the city police's cyber department from Uttarakhand, was the main suspect who created the app's Twitter handle.
He stated that Ms. Singh, who had passed her class 12 test and planned to study engineering, was working on the orders of a man named 'Giyou' who was stationed in Nepal.
Hemant Nagrale, the Mumbai police commissioner, warned reporters earlier in the day that more people were expected to be engaged in the case.
Mayank Rawal, 21, was apprehended in the early hours of January 5 in Uttarakhand. Shweta Singh was apprehended on January 4 in the same state's Rudrapur, while engineering student Vishal Kumar Jha, 21, was apprehended on January 3 in Bengaluru.
"As per the status of the handle (linked to the app), it says Bulli Bai is a community driven open source app by Khalsa Sikh Force. So why this (alias) is there, that is part of our investigation," the commissioner stated.
After receiving a complaint about the app on January 2, Mumbai Police filed a First Information Report, and investigators began technical investigation of the programme and its associated Twitter handle, according to Mr. Nagrale.
"During the technical analysis, we collected information about the followers of the app and launched a hunt for the accused," he added.
Bengaluru-based Mr. Nagrale said that Vishal Kumar Jha, a second-year civil engineering student, was one of the handle's five followers.
He said that anyone who wishes to contribute information regarding the case can contact the Mumbai cyber police.
Mr. Nagrale also expressed displeasure with statements made about the matter by some "local authorities" outside Maharashtra, claiming that they were unnecessary because they lacked complete knowledge.
When asked if the suspects in the case were also involved in the 'Sulli Deals' case, the Mumbai police commissioner declined to respond (where a similar website targeting Muslim women had been created). He stated that Delhi Police was in charge of the latter case.
GitHub, an open-source software platform, was used to host the app. The platform eventually blocked it. The objective of the programme seems to be to embarrass and threaten the targeted women, many of whom are active social media users, despite the fact that there was no genuine 'auction' or sale.'
Shweta Singh, the suspected 18-year-old lead accused, had lost her father to COVID-19 and her mother to cancer, according to police officials.
According to a police statement, the accused's use of names associated with the Sikh community in their Twitter usernames could have sparked communal tensions because the women targeted were of a different religion.
"Names related to the Sikh community were used to make it look like these Twitter handles had been created by persons from that community," it said.
The accused used the handles @bullibai_, @sage0x11, @jatkhalsa7, @want tobesigmaf, @jatkhalsa, and @Sikh khalsa11 to share photos from the Bulli Bai app on Twitter.
The app's Twitter name stated that it was created by "KSF Khalsa Sikh Force," with another Twitter handle, "Khalsa Supremacist," as a follower, according to the release.
During the technical investigation, authorities discovered Mr. Jha, a second-year civil engineering student at Dayanand Sagar College of Engineering in Bengaluru, was involved, according to the report.
According to the publication, Mr. Jha's 'Khalsa Supremacist' handle indicated the user's location as Canada.
Also Read : ADGP Ishwar Singh replaces BK Uppal; Appointed as Chief Director Vigilance Bureau, Punjab
Shweta Singh and Mayank Rawal were detained by a Mumbai cyber police team that included sub-inspectors Suyog Amrutkar and Amar Kamble, as well as constable Deepak Patil. Sanjay Govilkar, a senior inspector, oversaw the operation.