Internet struggles to spot snow leopard in this image. Can you?

Recently, a post shared by an IFS officer has left netizens amazed and muddled. 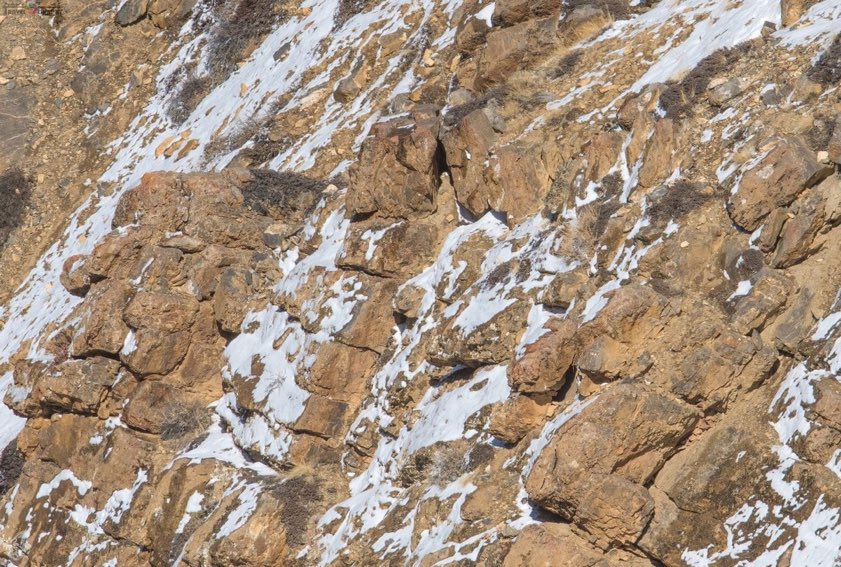 Nature is an amazing present gifted by god. During this modern era, thanks to technology/ internet we are all able to explore flora, fauna and wildlife. A similar post of a snow leopard has been surfacing on the internet and the post has hooked internet users.

The viral post which was posted on Twitter by an IFS Officer Ramesh Pandey features a snow leopard camouflaging itself amid the mountainous terrain, capped with snow and the snow leopard is difficult to spot in the image.

Also Read: Aamir Khan-Kiran Rao Divorce: Happy with each other even after separation, dance together in Ladakh. See VIRAL Video

While sharing the picture he wrote, “Phantom cat….! They are called ghosts of the mountains. If you can locate.” He has also tagged the photographer.

The original post has been shared by Ryan Cragun, a resident of Utah, on Twitter. He tweeted the photo and said, “Snow leopard doing a descent.”

Also Read: In Pictures: Sunny Leone moves to her new home in Mumbai, celebrates with family

One user commented, “We really are the masters of camouflage,” Another netizen said, “Original mountaineers!” and the third user said, “Such marvelous creatures and such an exceptional skill of deception. Well...it was difficult but not as for many as I am a wildlife enthusiast myself.”

Some of them tweeted a picture that highlighted the leopard. Have a look: