Aamir Khan-Kiran Rao Divorce: Happy with each other even after separation, dance together in Ladakh. See VIRAL Video

After the divorce, now people are getting shocked after seeing this video of both of them.

Aamir Khan is currently filming in Ladakh for the film "Laal Singh Chaddha." Kiran Rao is also there to support him. Aamir Khan and Kiran Rao were recently seen in a photo shared by actor Naga Chaitanya. Aamir and Kiran are now seen dancing in a video that has gone viral.

Viral video was uploaded on K's Instagram page by a fan club. Aamir and his ex-wife are seen dancing and donning traditional clothing in this video from Ladakh. Looking at the video, it appears that Aamir and Kiran are having a good time while filming ‘Lal Singh Chaddha.' See VIDEO here. 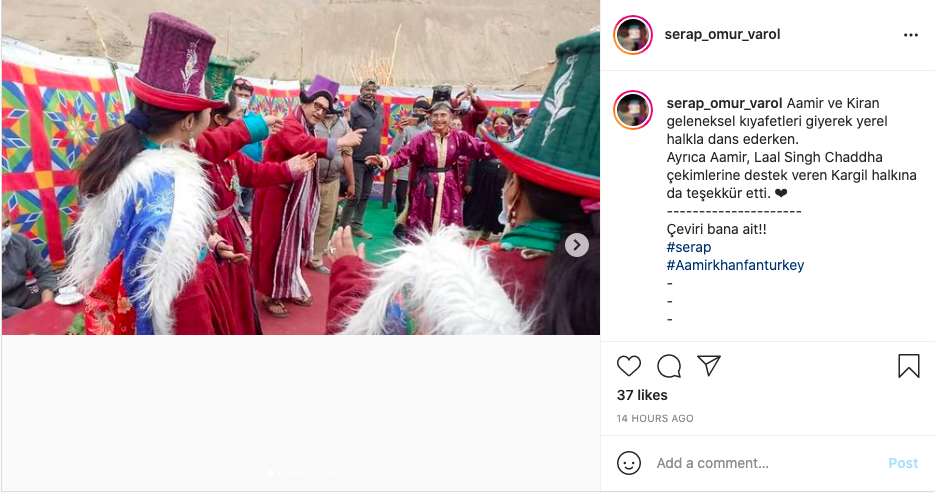 Aamir Khan recently confirmed his divorce from Kira Khan after a 15-year marriage.After the divorce, now people are getting shocked after seeing this video of both of them.

Apart from that, another video of Aamir Khan, in which he is seen dancing with young toddlers, has gone viral. ‘Lal Singh Chaddha' stars Aamir Khan, Kareena Kapoor Khan, Mona Singh, and Naga Chaitanya in addition to Aamir. Advait Chandan directed the film, which is a remake of Forrest Gump. Also Read: Can there be a hidden political message behind Aamir Khan’s Laal Singh Chaddha

Let us remind you that Aamir Khan was also seen getting involved in controversy while filming in Ladakh. He was accused of polluting the environment. On social media, he was also chastised for this. Aamir Khan issued a statement on the subject. The makers of the film declared in a statement posted on Aamir's production house's official Instagram/Twitter profile that that none of the allegations against the actor and his team are true and they are doing their utmost to keep the environment clean.