The Boeing Co. 737-800 was on fire, according to witnesses on the ground and in other aircraft who were cited in a preliminary Iranian report on the crash 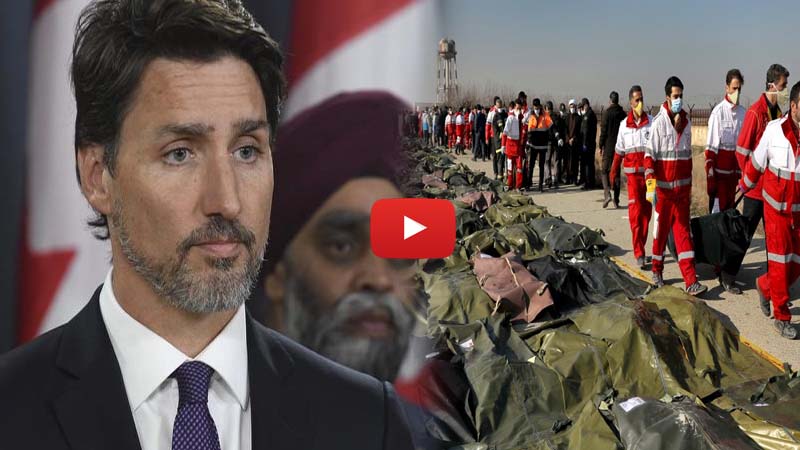 Prime Minister of Canada said that a Ukrainian jet that crashed Wednesday near Tehran was probably brought down by an Iranian missile and called for an international probe of the disaster. More than a third of the 176 people aboard Ukraine International Airlines Flight 752, which plunged from the sky about two minutes after a pre-dawn takeoff, were from Canada.

The Boeing Co. 737-800 was on fire, according to witnesses on the ground and in other aircraft who were cited in a preliminary Iranian report on the crash.

Also Read: US-Iran Conflict: Iran President says US cut off Soleimani's arm, will 'cut off your leg' in region

President Donald Trump, speaking to reporters in Washington on Thursday, said, “I have my suspicions" about why the plane went down but said he didn’t say what those suspicions are.

“It was flying in a pretty rough neighbourhood," Trump said. “Somebody could have made a mistake."

Two surface-to-air missile launches were detected by a US spy satellite from an Iranian battery near the airport minutes after the jet took off, followed by an explosion near the plane, said a person familiar with the investigation who spoke on the condition of anonymity.

The Russian-made SA-15 missile, also known as a Gauntlet or a Tor, are suspected of being involved. They are short-range weapons designed to attack planes, helicopters and other airborne targets.