The terrorists arrested from the outskirts of Lucknow were linked are said to be supported by the international terror group Al-Qaeda. 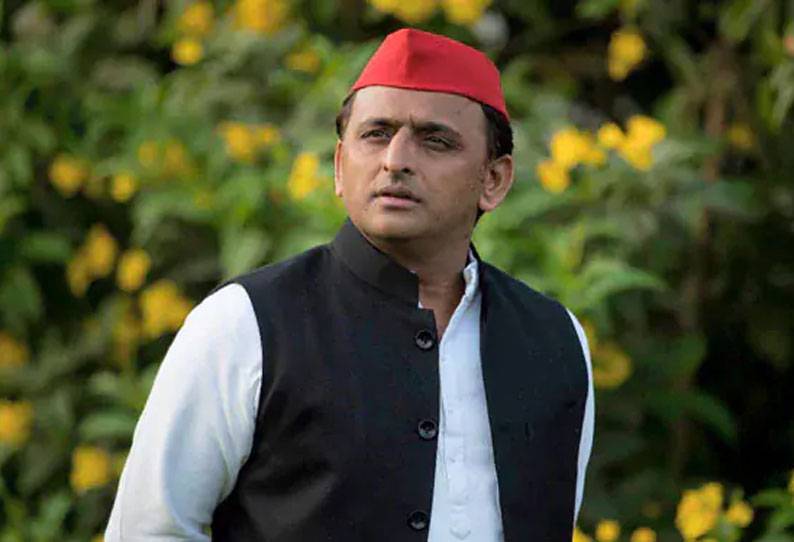 "I cannot trust the UP police and especially the BJP government," Akhilesh Yadav told reporters on Sunday.

Though the regional party claims that the video is edited and the clip is being circulated to make a false impression. The party said that Mr Yadav had spoken at a time when nothing was known about the arrests.

The terrorists arrested from Lucknow are believed to be linked to the global terror organisation Al Qaeda. These two terrorists, aided by Ansar Ghazwatul Hind, were nabbed by the state Anti-Terror Squad from Lucknow's outskirts on Sunday. They were planning to carry out explosions, including the use of "human bombs". The UP police said they planned to plant bombs at several places in Uttar Pradesh.

According to Mr Kumar, the two were planning to "unleash terror activities before August 15 (Independence Day) in different cities including Lucknow", further adding that Ahmed and Maseeruddin were working on the instructions of Umar Halmandi, the head of the Uttar Pradesh branch of Al-Qaeda.

"They were planning explosions at important places, memorials and crowded places, and also to use human bombs. For this, they were collecting weapons and explosives," said ADGP Kumar.

Political sparring has begun in UP which will go for polls next year. Amid this, BJP leaders shared Akhilesh Yadav's comments on social media, along with their recriminations.

"It is shocking to see former Uttar Pradesh CM Akhilesh Yadav declare that he does not trust UP Police and BJP Government. This is the same dynast who claimed that he doesn't trust BJP Vaccine. Whom does he trust? Pakistan Government and its Terrorists?" tweeted BJP leader CT Ravi.

Amit Malviya, national president of the IT cell of the Bharatiya Janata Party, wrote: "Akhilesh Yadav first had doubts about the vaccine, now says can't trust Uttar Pradesh police's action against terrorists. If he does not trust anybody, neither the state nor the administration."

Why does Akhilesh want to become the state's chief minister? Malviya asked, advising him to sit at home if he cannot trust anyone.

Suresh Nakhua, BJP leaders said, “Don't understand the compulsion of TC Tipu to oppose the nation while opposing BJP. Are they so blinded that they would even support terrorists ???”

National Media Panelist for BJP, Rohit Chahal went on to say that Akhilesh Yadav’s hate for PM Modi has made him against the country. “Doesn‘t believe in the Army: Demanded proof of surgical strike. Doesn‘t believe in Indian scientists/doctors: Questioned vaccines. Doesn‘t believe in Police: Questioning the arrest of Al-Qaeda Terrorists. In his Hate of Modi govt, He has become Anti-National,” he added.