On October 19, Singh hinted that his news party might have a seat-sharing deal with the saffron party if the anti-farm laws protest is resolved. 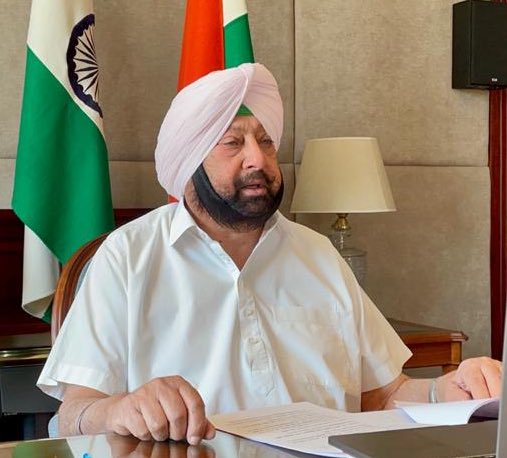 Amid the political upheaval in Punjab Congress, the former chief minister Captain Amarinder Singh will address a press conference in Chandigarh on October 27, Wednesday. The event comes in the midst of a verbal spat between the ex-CM and Deputy Chief Minister Sukhjinder Singh Randhawa over the Capt’s friendship with Pakistani journalist Aroosa Alam.

Notably, Capt Amarinder has announced to quit the Congress and launch his own party and field a strong contender against his arch-nemesis Punjab PCC head Navjot Singh Sidhu.

Now, he is expected to announce the launch of his long-awaited political party ahead of the 2022 Punjab Assembly election.

On October 19, Singh announced that he will form his own political party to serve the interests of Punjab shortly, and hinted that it might have a seat-sharing deal with the saffron party if the anti-farm laws protest is resolved.

He also showed an interest in allying with the SAD's breakaway factions, such as the Dhindsa and Brahmpura factions.

"I will not rest till I can secure the future of my people and my state," said the senior Congress leader. "Punjab needs political stability as well as defence against internal and external threats," he added.

The former Punjab chief minister has yet to formally resign from the Congress party.

"Former Punjab CM @capt_amarinder will address a Press Conference in Chandigarh tomorrow (Wednesday, Oct 27) at 11 am. The event will be telecast live on his Facebook Page. Do tune in," read a tweet by Captain Amrinder’s media advisor Raveen Thukral.

After Capt's call of the press conference, stir within the Punjab Congress has enhanced. Congress is in touch with its MLAs.

Besides that, the movements of influential party leaders are closely observed. Along with Amarinder, veteran Congress leaders are expected to attend the conference.

Everyone's eyes are on the MLAs who have been ousted from their cabinet positions after Charanjit Channi became the CM. Rana Gurmeet Sodhi, Sadhu Singh Dharamsot, Gurpreet Kangar, Balbir Sidhu and Sham Sundar Arora are among those. According to sources, Mr Singh is in contact with approximately 15 Congress MLAs.