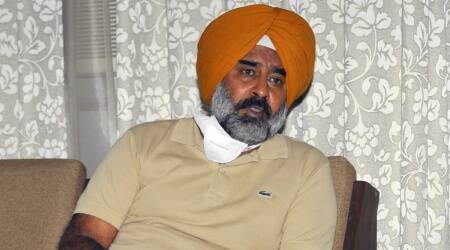 The decision of the centre government to increase the jurisdiction of Border Security Force (BSF) in Punjab has not gone down well with many politicians including Punjab CM, Deputy CM and even Shiromani Akali Dal (SAD) leaders, who have termed the move an attack on federalism.

Even though the Congress in Punjab had asked the Union Home Minister Amit Shah to immediately withdraw this decision, saying it’s against the spirit of the raising of border guarding forces, the former hockey Olympian and Cabinet minister Pargat Singh on Thursday alleged former Chief Minister Captain Amarinder Singh’s role behind the move.

Talking to the media, Pargat Singh targeted both BJP and Capt Amarinder, and said that the former CM was always with the saffron party, and is now trying to portray Punjab as a disturbed state.

Pargat Singh said that earlier when Capt Amarinder went to Delhi and met Union Home Minister Amit Shah, paddy procurement was delayed by 10 days and now when he has gone to Delhi again, BSF’s jurisdiction has been increased.

"If you're deploying BSF in Punjab it shows your motive to impose governor rule." Citing upcoming assembly elections he said, "I want to appeal to the Union Home Minister to not take Punjab in different directions for the 2022 and 2024 elections. We will not allow anyone to make Punjab communal," news agency ANI quoted Pargat Singh as saying.

Meanwhile, on Wednesday, Capt Amarinder extended his support to the centre’s decision and urged people not to drag central armed forces into politics. “Our soldiers are being killed in Kashmir. We’re seeing more & more weapons & drugs being pushed by Pak-backed terrorists into Punjab. BSF’s enhanced presence & powers will only make us stronger. Let’s not drag central armed forces into politics," Capt Amarinder’s media adviser tweeted.

However, expressing disagreement with former CM’s statement on BSF power stretch, Sunil Jakhar said, “We are proud of our security forces which are meant to secure our borders and protect India from foreign aggressors. Using them to cover up the failures & to clean up the mess created by leaders & govts is very alarming”.

“It not only denigrates our brave forces but also adversely affects their morale, discipline & preparedness. It’s this use of our forces as a political tool which should be avoided. No one knows it better than @capt_amarinder Singh ji. I visited BSF officers when Akalis were making them scapegoats for their govt’s failures 2014,” Jakhar tweeted.