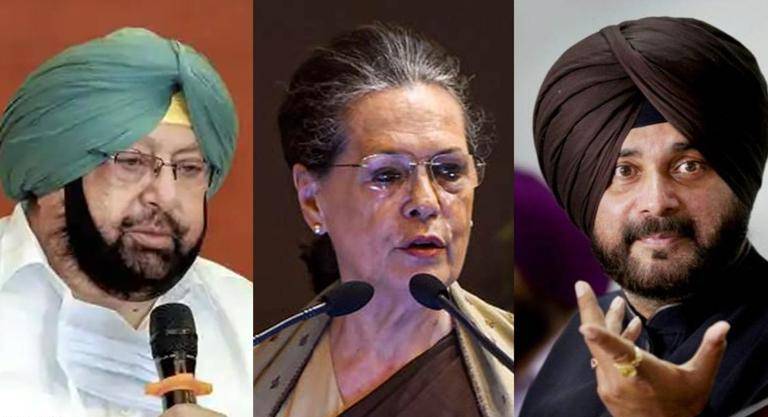 After Amarinder Singh’s resignation, the political events in Punjab have taken into a flurry amid several names coming up for the next chief minister’s post.

The Punjab Congress Legislative Party meeting which was slated for 11 am has been cancelled, with sources stating that an agreement on the name of the new CLP leader is yet to be made. The Congress party may announce Punjab CM today without holding the meeting, sources said.

The poll-bound state will get its new chief minister today afternoon, said sources.

Poll-bound Punjab will get a new Chief Minister today - a day after Amarinder Singh resigned, leaving Congress in a state of survival and chaos in one of the only few states it still rules.

“We are awaiting Sonia Gandhi's orders. Immediately after, a decision will be taken in the CLP meeting. There is a background and issues behind the resignation of Captain Amarinder Singh,” said Congress MLA Kuldeep Singh Vaid after meeting with Sunil Jakhar.

Meanwhile, Senior Congress leader Ambika Soni has rejected the offer to become the next chief minister of Punjab after holding a late-night meeting with Rahul Gandhi, stating that a Sikh must be the face of the party in Punjab, said sources.

During Saturday’s meeting, the party legislators have collectively passed a resolution empowering the party interim president Sonia Gandhi to pick a leader for the CLP.  "A meeting of MLAs was held with Harish Rawat and Ajay Maken yesterday. A resolution was passed that Sonia Gandhi's decision will be final on this matter. Today you will get to know her decision," Pawan Goel, Working President, Punjab Pradesh Congress Committee to the media.

Sources have also informed that two ministers have been opposing Sunil Jakhar's candidature for the Chief Minister’s post, while Navjot Sidhu’s name is being demanded as the next leader of the state.

The party is also in discussion over appointing as deputy CM as well.

About 50 party members had written to Sonia Gandhi seeking the removal of Amarinder Singh as the chief minister, a move that went through months of a troublesome feud between him and Navjot Singh Sidhu who was recently nominated as the state Congress president for which was against the former CM’s wish.

About 78 leaders out of 80 MLAs, excluding Amarinder Singh and another member, had authorised Sonia Gandhi to choose the new CLP leader, Harish Rawat, the party's state in-charge told the media.

"Two resolutions -- one praising Amarinder Singh's contributions towards Punjab and another authorising President Sonia Gandhi to select the new CLP leader -- were unanimously passed," he said.

Ajay Maken and Harish Chowdhry have been delegated as the central observers for the CLP meeting along with Rawat by the Congress high command.