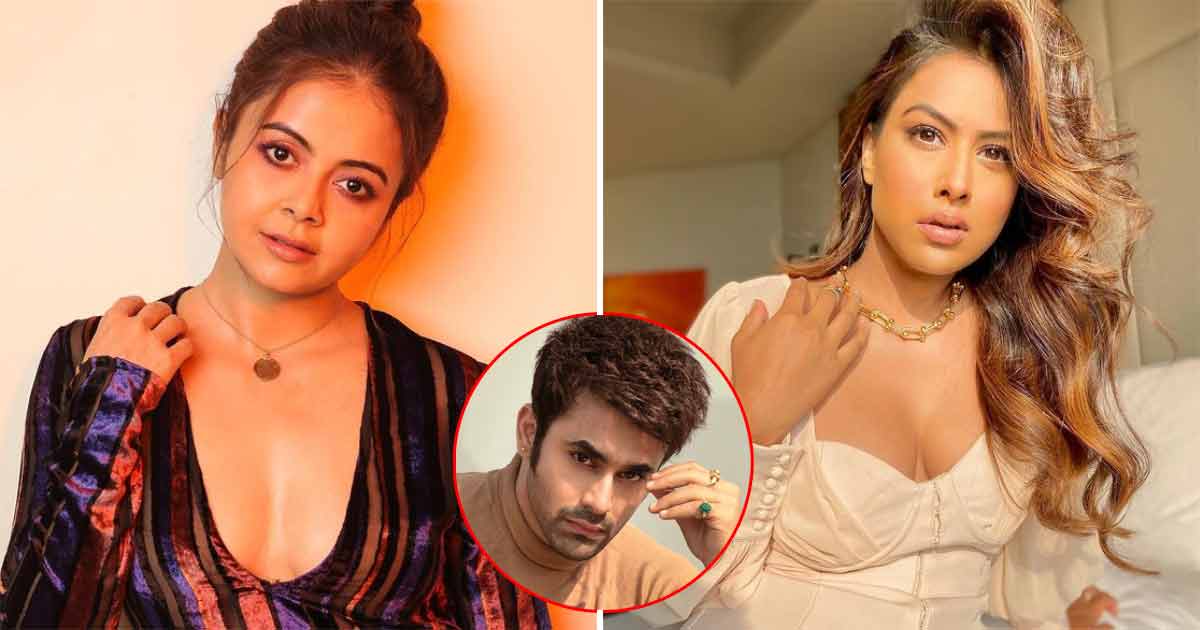 
Nia, who has been earlier supported actor Pearl V Puri and had tweeted, “Dear privileged Girls and Women, Do not make the heinous allegations of rape and molestation so frivolous and casual that it ceases to hold any value for posterity. @pearlvpuri You have my support” took a dig at Devoleena’s tweet supporting the minor.

"Didi ko koi bata do dharna and candle march nahi kar sakte pandemic hai abhi bhi (Someone please tell big sister that we cannot have a strike and candle march as the pandemic is still on). Also Didi needs to practice her dance before she makes those pathetic dance reels thinking she’s nailing them," read Nia’s tweet. 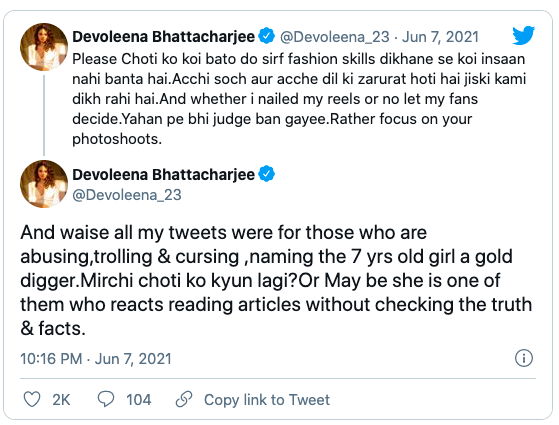 In another tweet the actress continued, “And waise all my tweets were for those who are abusing, trolling & cursing, naming the 7 yrs old girl a gold digger.Mirchi choti ko kyun lagi (Why is the younger one getting offended)?Or May be she is one of them who reacts reading articles without checking the truth & facts," she wrote in a follow-up tweet. 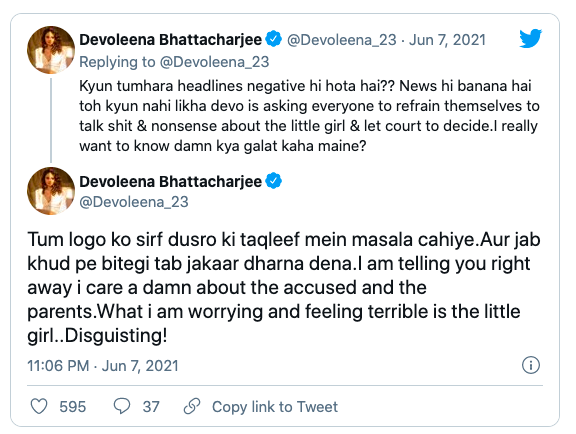 The actress slammed those who are 'cursing' the minor in the case on June 6.

Actor Pearl V Puri was accused with raping a juvenile girl in 2019 and is currently in custody under the Protection of Children from Sexual Offenses (POCSO) Act.

Ekta Kapoor, Anita Hassanandani, Surbhi Jyoti, Suyyash Rai, and others in the industry have shown their support for the actor.