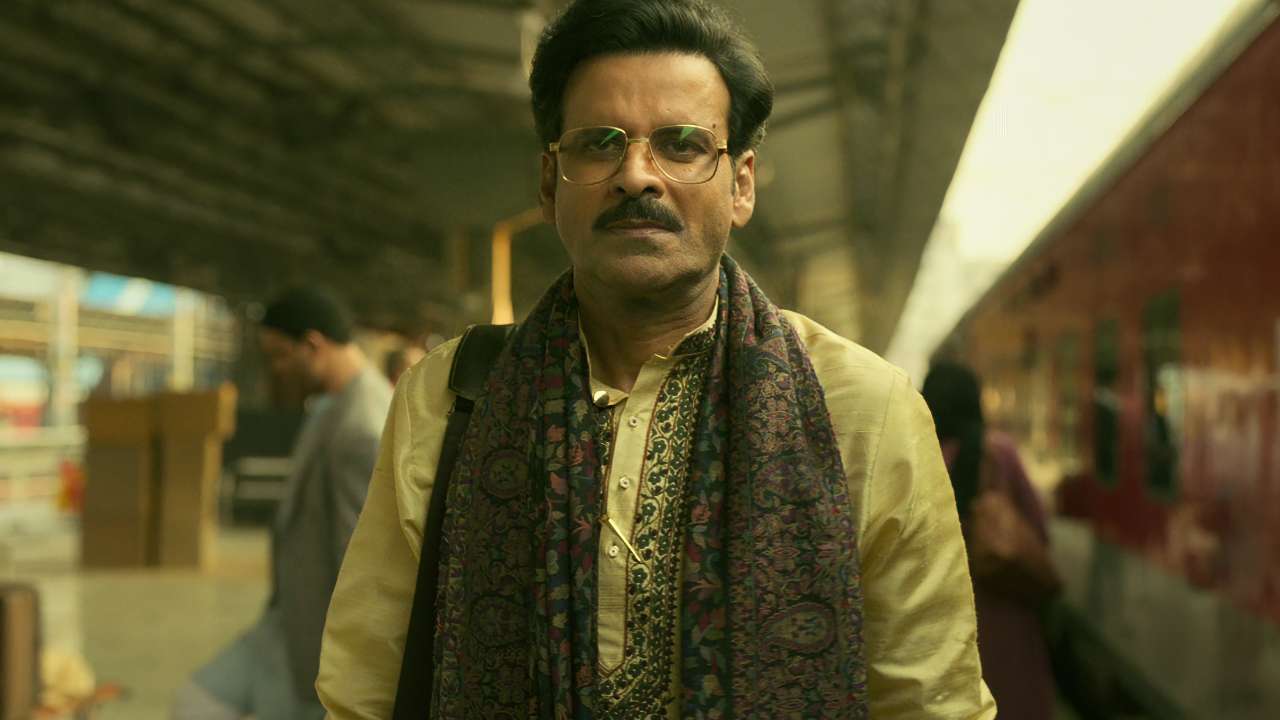 There are four stories, three directors, two writers, and one legend in this film. 'RAY,' a Netflix anthology series, is based on Satyajit Ray's writings and features captivating stories. The trailer gives us a sneak peek into how these classic stories will be brought to life. The stories - Hungama Hai Kyon Barpa, Forget Me Not, Bahrupiya, and Spotlight - are packed with twists, turns, and emotions.'RAY' is all set to release on June 25, 2021 - exclusively on Netflix! 
The trailer shows all four stories and appears to be set to the same music that Marvel has been using in their Black Widow promotion. We witness Manoj and Gajraj's characters communicate on a train journey; we see Harshvardhan as a 'typecast actor'; and we see Ali as a 'cutthroat corporate shark.' See TRAILER here.

Director Abhishek Chaubey stated of his film 'Hungama Hai Kyon Barpa' in Ray, "I'm drawn to storylines that twist with whimsy and fun." Satyajit Ray is one of the best storytellers in the world, and having the chance to convey this narrative is a dream come true for me. I hope Hungama Hai Kyon Barpa is as much fun to watch as it was to make, with Manoj Bajpayee and Gajraj Rao playing off each other on screen.Super stoked about the show and can’t wait for people to watch it!”

"Satyajit Ray has been a great inspiration in my life," Director Srijit Mukherjee said of his work in Ray's "Forget Me Not" and "Bahrupiya." After faithfully bringing two Ray stories to life in Feluda Pherot, it's an honour and a great pleasure to reimagine two more Ray stories in a significantly darker space.Throughout the two storylines, I also had the pleasure to work with a fantastic cast, including Kay Kay Menon, Ali Fazal, and Sweta Basu Prasad. I'm looking forward to seeing how the audience reacts to these flawed and perhaps broken individuals.”

"Spotlight is inspired by Ray's prolific and brilliant works," Vasan Bala says of his experience working on 'Spotlight,' his storyline in 'Ray.' A chance that allowed me to work with amazing people. It's a pulpy, quirky, music-filled story with a cast of colourful characters. Harshvardhan Kapoor, Radhika Madan, Akanksha Ranjan Kapoor, and Chandan Roy Sanyal are all in the craziness.Can't wait for the audience to watch and react to it."