Gen Rawat was a one-point advisor to the government on military matters. He was appointed to the top post with the primary aim of integrating the three services — Army, Navy and the Air Force. 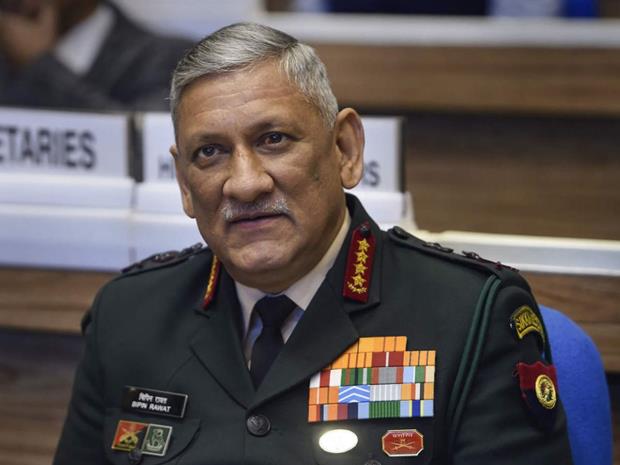 In a major loss to India, the country’s first and current Chief of Defence Staff General Bipin Rawat has been killed in an army chopper crash. The Mi-series chopper was carrying General Rawat's staff and family members when it crashed near Tamil Nadu's Coonoor on Wednesday.
According to reports, 14 passengers were on board the aircraft, including Bipin Rawat, his wife, the Defence Assistant, security commandos, and IAF pilots. Reportedly, the chopper was heading to the Wellington defence establishment.
Who was General Bipin Rawat?
General Bipin Rawat, a four-star general of the Indian Army, was the country's first and current Chief of Defence Staff (CDS). On December 30, 2019, he was appointed as the first tri-service chief and assumed office on January 1, 2020.
He was the first sitting Chief of Army Staff to be appointed to the top post.
CDS Gen Rawat was a one-point advisor to the government on military matters and functioned with the primary objective of integrating the three services — Army, Navy and the Air Force.
40 years of service
Rawat served as a Brigade Commander, General Officer Commanding-in-Chief (GOC-C) of Southern Command, General Staff Officer Grade 2 at the Military Operations Directorate, Colonel Military Secretary and Deputy Military Secretary in the Military Secretary's Branch, and Senior Instructor in the Junior Command Wing over the course of his four decades in the military. He also served in the UN Peacekeeping Force and commanded a multinational brigade in the Democratic Republic of the Congo.
Before becoming the fourth officer from the Gorkha Brigade to become the COAS, Rawat served as Vice-Chief of Army Staff.
Also Read: CDS chopper crash: Some unanswered questions
Contributions to Indian defence staff
--Gen Rawat had played a key role in eliminating terrorism in the Northeast, with one of his career milestones being the 2015 cross-border operation into Myanmar, in which the Indian Army successfully thwarted an ambush by NSCN-K militants.
Under Rawat's leadership, the mission was carried out from the operating headquarters of the Dimapur-based III Corps.
--He was also instrumental in the preparation for the 2016 surgical strikes in Pakistan-occupied Kashmir, in which the Indian Army crossed the Line of Control.
--General Rawat was awarded the Param Vishisht Seva Medal, Uttam Yudh Seva Medal, Ati Vishisht Seva Medal, Vishisht Seva Medal, Yudh Seva Medal, and Sena Medal for his military career.
Personal life
Born on 16 March 1958 in Uttar Pradesh's Pauri, Rawat's family had served the Indian army for generations. His father General Laxman Singh Rawat was a Lieutenant and his mother was the daughter of Kishan Singh Parmar, an ex-Member of the Legislative Assembly (MLA) from Uttarkashi.
On December 16, 1978, Rawat was commissioned into the 5th battalion of the 11 Gorkha Rifles, the same unit as his father.
Bipin Rawat’s wife Dr Madhulika was also on the chopper that crashed today. The couple has two daughters.
Dr Madhulika Rawat was the President of AWWA (Army Wives Welfare Association). She was tasked with the welfare of Army wives, children, and dependents.
AWWA is one of India's major non-governmental organisations. Madhulika Rawat had participated in a number of welfare programmes and initiatives aimed at helping Veer Naris (Army widows) and differently-abled children.