CDS Gen Rawat chopper-crash: Inquiry report to be submitted by next week

The Court of Inquiry by the tri-service team led by Air Marshal Manavendra Singh has forwarded the probe report to legal vetting. 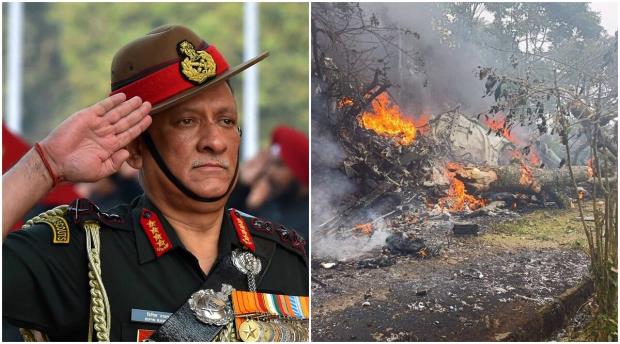 The Court of Inquiry (CoI) is likely to submit the probe report on a major accident that took place in Coonoor, Tamil Nadu, in which the country's first Chief of Defence Staff (CDS) General Bipin Rawat and 13 others died, next week. The accident took place on December 8 and a few days later the Indian Air Force ordered the investigation in the matter and asked to submit the report.
Reportedly, the chopper was heading to the Wellington defence establishment from the Indian Air Force base in Sulur near Coimbatore.
Also Read: Five Interesting possibilities of 2022
The tri-service team's Court of Inquiry (CoI) report on the helicopter crash has been sent for legal vetting. The investigative team has been led by Air Marshal Manavendra Singh, who is the Commander of the IAF's training command as well as a helicopter pilot. He has been assisted by two Brigadier-level commanders from Indian Army and Navy. "The legal vetting is being done to ensure that the probe team followed all the laid down norms and procedures," a source privy to the developments said.
According to reports, the investigation team looked into all probable causes of the crash, including human error. The specialists also looked whether the crew was disoriented when the chopper was prepared to land.  According to one of the experts, at times, bad weather might be a factor contributing to a loss of situational awareness.
As per the sources, the report is expected to be submitted to Chief of Air Staff Air Chief Marshal VR Chaudhari within a week.