Mr Mandaviya said that it is not right to blame the union ministry over death figures. 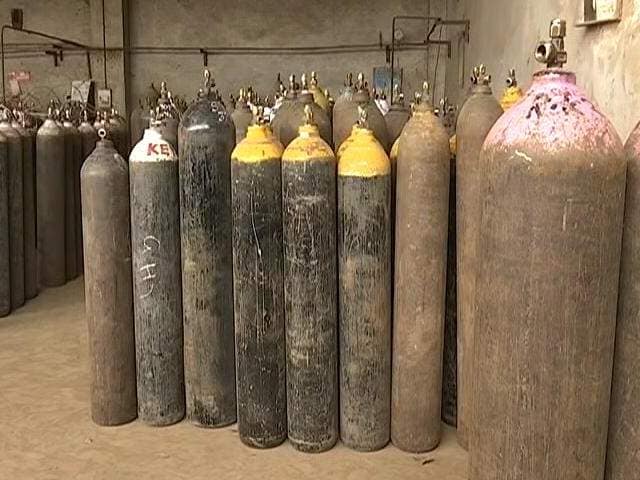 The Union Health Ministry has blamed states for not providing any information on the deaths of Covid patients in hospitals due to a shortage of oxygen.

The shortage of oxygen and beds in hospitals killed many patients, which made headlines during the second wave of the pandemic. This drew sharp criticism from the opposition.

In a written reply to the Rajya Sabha, junior health minister Bharati Praveen Pawar said, health is a state's accountability and States and UTs regularly report the number of cases and deaths to the Centre.

"However, no deaths due to lack of oxygen have been specifically reported by states and UTs," said Ms Pawar, as she responded to a question on whether Covid patients died on roads and hospitals due to oxygen shortage.

Over 80 people died in Goa state-run medical facility in five days in May, while in Tirupati, Andhra Pradesh, 11 Covid patients succumbed in ICU after there was a disruption in medical oxygen supply.  In a government hospital in Hyderabad, seven Covid patients died during a two hour cut in oxygen supply.

In most of these hospitals, the administration denied that oxygen shortage was the reason behind the deaths.

Last month the Centre had dismissed an investigation directed by the Delhi government into the deaths caused by a lack of oxygen supply. 21 patients in a Delhi hospital died due to lack of oxygen and the matter is pending in the High Court.

"This is a blind and unconcerned government. People have seen how many of their near and dear ones have died because of lack of oxygen," said KC Venugopal.

Questioning the deaths that happened due to oxygen shortage, Mr Venugopal said that he would move a privilege motion against the minister "for giving false information".

The new health minister, Mansukh Mandaviya too defended the government on the matter of high death rates during the second wave in Lok Sabha on Tuesday. He stated that States are in charge of registering and providing correct death figures.

Concerns were raised when Covid deaths and cases were soaring high every day. Several people died waiting in line to get a bed and oxygen. Images of mass graves on the sandbanks of River Ganga in Uttar Pradesh and thousands of dead bodies floating on the surface of the river created a real figure of the death that might have never been reported or tested and could remain unknown.

Mr Mandaviya said that it is not right to blame the union ministry over death figures.

"Whom are you blaming? You are blaming the Indian government, you are blaming Modi Ji. Who does the registration? The states do. Who decides the count? The states do. They have to do the registration, they have to put in the numbers. Here, no one has asked them to stop. Modi Ji said that if there is a backlog, put that as well. There is no reason to hide it," he added.