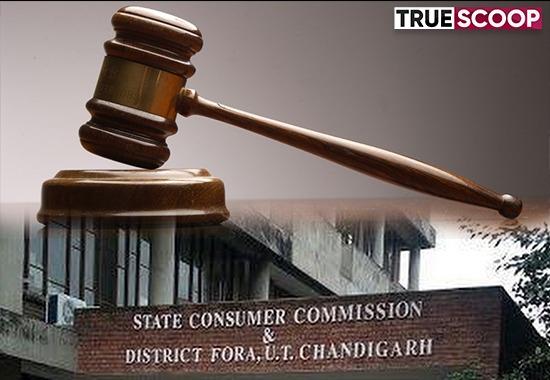 Online shopping platforms cannot escape accountability for defective or duplicate items by claiming to be just a conduit between the merchant and the client. In a judgment that did not agree with Snapdeal's reasoning, the Chandigarh Consumer Court ordered Snapdeal to pay damages for selling duplicate/defective wood belts. Amy Croft Lifestyles Private Limited, New Delhi, shall also be liable for these costs.
The respondent in the case has been directed by the court to restore Rs 361 of the belt to the complainant. The complaint, on the other hand, must return the faulty product to the responding party. Due to the mental and physical suffering inflicted on the complainant, the complainant has been ordered to pay Rs 2,500 in compensation and an equivalent amount in court charges.
Had purchased trusting Snapdeal brand: Court
According to the court, the complaint relied on Snapdeal's big brand and ordered the goods.  After a few days of use, it was discovered to be fake and not that good quality. Non-redressal of the complainant's complaint after selling counterfeit/faulty/ defective goods, particularly when the case is brought to court, demonstrates a breakdown in service and complicity in illegal business operations.
Nirmal Singh Jagdeva of Sector 38-B filed the suit, which named Snapdeal as the MD of its Delhi office and Amy Croft Lifestyles Pvt Ltd as an accused.
There were bubbles and cracks in the belt:
On June 24, 2019, the complainant placed an online transaction for a Woodland Company belt. He paid with his debit/credit card, and the order came three days later, on June 27. The complainant discovered that the belt was a fake with bubbles on both sides. The belt developed cracks after three uses. When I complained to Snapdeal, they did nothing. On July 5, 2019, a demand letter was also sent. However, no action was done. The case was filed in consumer court, and it linked the conduct to service breakdowns and unlawful business activities.
Snapdeal states that they are the only online marketplace platform:
Snapdeal informed the court that it is nothing more than an online marketplace platform. The website serves as a conduit between the real seller and the buyer. The website allows independent vendors to promote and sell their items. Snapdeal said that they had no involvement in this transaction, and the invoice was also created directly by the vendor. Amy Croft Lifestyles, on the other hand, had no one appear on her behalf, and the matter was brought further by having her X party.
Also Read: Punjab CM directs police to launch major crackdown on drug peddlers
Selling things purely on the basis of goodwill: Court
The consumer court dismissed Snapdeal's claim, ruling that it was Snapdeal selling items through its merchants under its own 'goodwill.' As a result, it cannot avoid the consequences of a product defect or duplication. Snapdeal is not losing money as a result of this transaction. Of course, the revenues are shared with the sellers. Amy Croft's Lifestyles, on the other hand, did not present, indicating that she had nothing to say in her response.