Chandigarh: Girl creates ruckus in Sector 11 after getting on the roof of the car, Viral Video

Police along with PCR women reached on the spot and tried to get her down. 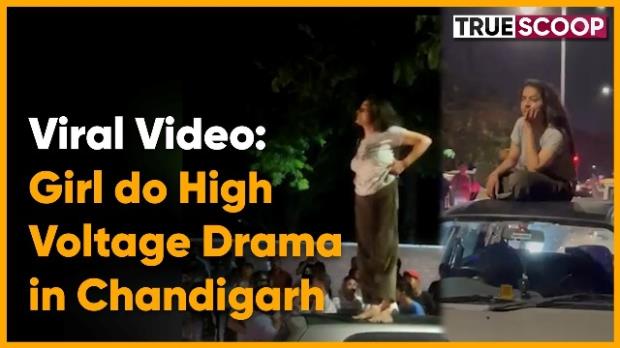 A girl's video went viral on social media after she was seen doing high voltage drama in Chandigarh on Wednesday night.
A young woman climbed a car and created a ruckus. After a lot of effort, the police brought the girl down and took her to Sector-16 hospital for medical treatment. Now Sector-11 police station is investigating the matter whether the girl was intoxicated.
Also read: Karachi Joker Viral Video: Man dressed as clown leaves netizens stunned & spellbound; Watch
Around 10:30 p.m. the police got the information that a girl has created ruckus by climbing on the roof of Alto car. Police along with PCR women reached on the spot. They tried to get her down but the girl didn't agreed first. The whole scene created problem for city residents.
Watch Video: