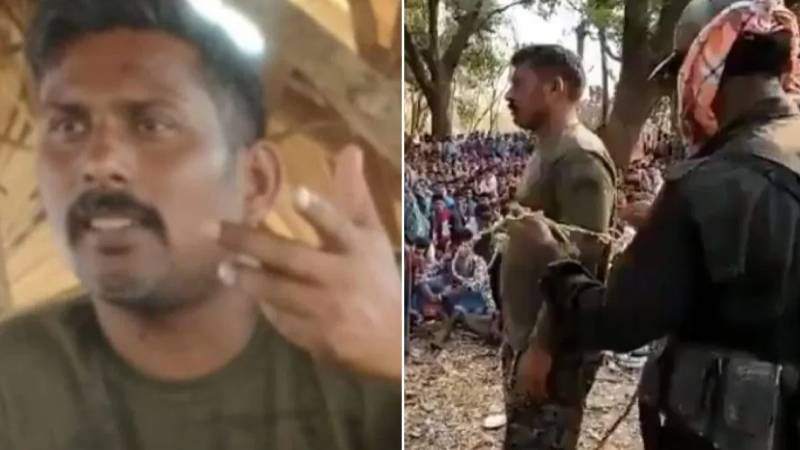 The Central Reserve Police Force (CRPF) CoBRA battalion personnel Rakeshwar Singh Manhas, who was abducted by Naxals during the Bijapur ambush on April 3, has been released by them. The information was shared by the CRPF officials on Thursday evening.

The director-general of CRPF has confirmed that Constable Rakeshwar Singh Manhas has been released by Naxals and he has been taken for a medical check-up.

After being in captivity for five days, Manhas walked freely on April 8 after the Naxals released him at an undisclosed location in the forests of South Bastar in Chhattisgarh.

Notably, Manhas' release took place in the presence of two interlocutors--Padma Shri Dharmpal Saini and Gondwana Samaj head Telam Boraiya--appointed by the government. The team was accompanied by a few journalists and villagers to witness Manhas release.

CRPF had to constitute a team after Naxals wrote a letter to them demanding the appointment of a mediator to negotiate Manhas release.

According to Bijapur SP Kamlochan Kashyap, "as soon as we got to know about Maoists' demanding the government to constitute a team of interlocutors we immediately formed a group of local social workers and few journalists and requested them to go inside forest and get the jawan released."

Manhas is a constable in CRPF CoBRA's 210th battalion and he hails from Jammu. He was a part of an anti-Naxalite operation on April 2 and 3 when the force departed from the Tarrem camp in Bijapur. In the operation, a fierce gun battle took place in which 22 security personnel died.

After releasing Manhas, Naxals also released a statement confirming that they had freed the personnel after the government accepted their demand of presenting names of intermediates.