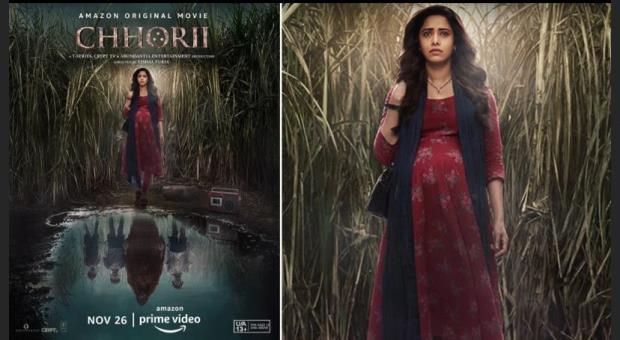 Chhorii is a haunting story of a young couple based in the heartlands of India. Sakshi (Nushrratt Bharuccha) is eight months pregnant when the couple, forced out of their home, seeks refuge in a house hidden inside a sugarcane field. However, the fields are ridden with secrets of the past which start unravelling as the film unfolds, posing a threat to the mother and her unborn child. Even as Sakshi tries to save herself and her unborn baby, sighting of three mysterious kids and charred women coupled with a soul-stirring lullaby emanating from an old transistor wreaks havoc with her sanity. Will Sakshi be able to save herself? Will she be able to protect her unborn child? And most importantly, will Sakshi be able to get out of the maze like fields? Sakshi's quest to find the answers to all these questions takes us on a journey that's got horror, thrills and chills, all in equal proportions.

Vishal Furia tried to intimidate and send a message. But he is neither completely intimidated nor able to express his point effectively. Talking about acting, Nushrratt Bharucha has done a good job and she also impresses with her acting. Mita Vashisht also did a good job.

Nushrratt Bharuccha has been making some experimental choices and it is fun to see her explore more. In Chhorii she becomes a woman who is stuck in a situation and her unborn child is at stake. She has given a power-packed performance which makes this film a must watch for the audiences.