China has continuously pressured Bhutan to negotiate on its land boundaries. 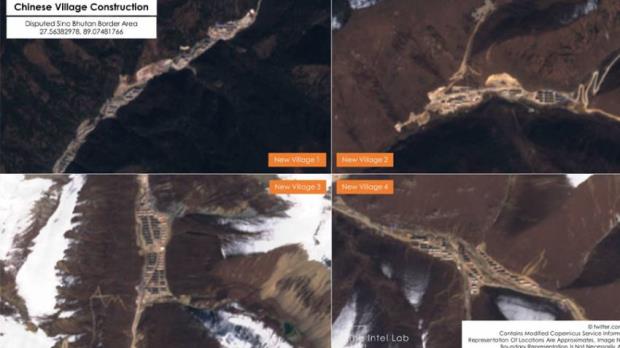 In the latest satellite images posted by a satellite imagery expert has shown China allegedly constructed Chinese villages in the disputed Bhutanese soil in the past one year. The expert that keeps an eye on the Chinese military development has revealed multiple new villages that are being laid over an area of around 100 square km.

This disputed land sits near the Doklam plateau where India and China had a clash in the year 2017. After the faceoff, China bypassed Indian defences and began road construction activities in the area, which was the primary point of discord between Delhi and Beijing.

India must worry about the new construction of homes in the Bhutanese region as India has timely suggested Bhutan on its External Relations Policy and has constantly given training to its armed focus. China has continuously pressured Bhutan to negotiate on its land boundaries. Although the outlines of this agreement have never been completely spoken out, moreover, it is to be watched if the construction of these new villages on its terrority is included in this agreement.

A global researcher linked with The Intel Lab @detresfa has identified a deeper analysis by geopolitical intelligence experts. Its tweet read, “Disputed land between #Bhutan & #China near Doklam shows construction activity between 2020-21, multiple new villages spread through an area roughly 100 km² now dot the landscape, is this part of a new agreement or enforcement of #China's territorial claims?”

These new villages in Bhutan were constructed between May 2020 and November 2021.

Earlier, several reports showed China to be constructing a village near the Doklam plateau where the Chinese and Indian militaries had a tight stalemate in 2017. Many images showed a Chinese constructed village was around 2 km within Bhutan’s soil that is very close to Doklam.