In the Tangshan viral video, a man reportedly ran over his car on his girlfriend repeatedly and killed her in a parking lot in a broad daylight. 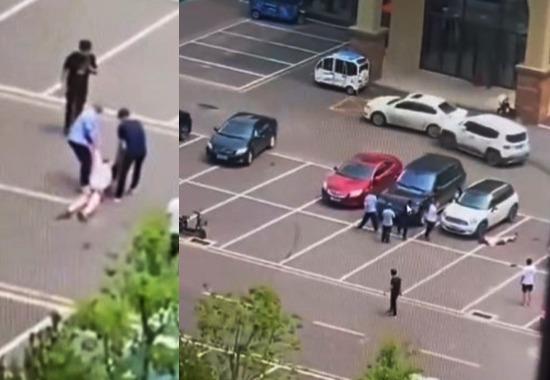 China does its best to check every video and information and also take down almost anything negative which might get global traction from going to social media. However, sometimes their checking system suffers a malfunction, and something leaks outside China. Similarly, China Tangshan viral video has been spreading like a wildfire making netizens all around the world slam the gender-based crime which is on rising in the Xi Jinping-ruled country. China gender-based crime viral video is also sending chills down the spine of people around the world as it shows how gruesome such incidents are taking place in the country.
In the Tangshan viral video, a man reportedly ran over his car on his girlfriend repeatedly and killed her in a parking lot in a broad daylight. As per South China Morning Post, the incident took place in Hebei province, northern China. Reportedly, the woman with the surname Wang was knocked down on the ground and then run over repeatedly by a car allegedly by her boyfriend surnamed Zhang.
The Tangshan viral video shows multiple people trying to intervene, however, the girl's boyfriend does not seem to stop his speeding car from running over her.  Following the gruesome incident that was filmed by a person nearby, Wang was taken to a local hospital where she was pronounced dead a short while later. Zhang fled after the bloody attack which occurred around noon in front of a public indoor swimming pool, but was arrested by police later that afternoon. Reportedly, the Police have revealed that the incident between the man and the girl took over an 'unspecified personal dispute'.
Watch China Tangshan viral video
Also Read: Why do Muslim countries remain silent on China's 'treatment' over them? Why do they always 'target' India?
It is pertinent to mention here that gender-based crimes have taken the centre stage in China as it was not the first brutal attack on any woman. A few days back in Tanghshan 9 men were arrested after they beat down several women in a restaurant, sending two to hospital in critical condition. The incident took place when one of the 9 men tried to sexually harass a woman sitting in the restaurant and when she objected, the man started beating her mercilessly. All the incident was caught on CCTV footage.