People in pandemic-affected areas are advised to get into "emergency mode." 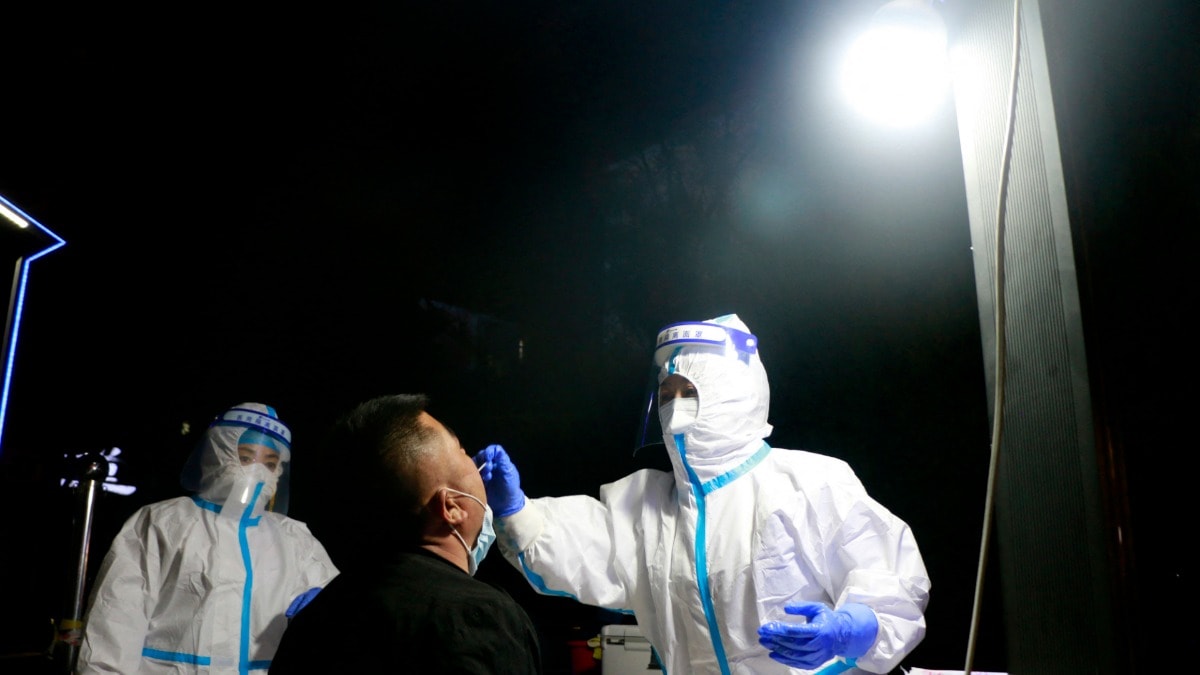 China’s fresh Covid outbreak is spreading rapidly and the pandemic hit areas are likely to expand in coming days, warn health officials as they urged authorities to step up monitoring and restricting movement across provinces.

The current outbreak in China is the result of a foreign delta variant, according to Wu Liangyou, a National Health Commission official, who spoke at a press conference in Beijing on Sunday.

From October 17, the wave of infections grew to 11 provinces, claims Mi Feng, a spokesman for the commission. According to Mi, the majority of infected people had travelled across various areas.

He advised those in pandemic-affected areas to get into "emergency mode."

According to the transport ministry, the Covid outbreak has caused bus and taxi services to be suspended in some cities in Gansu provinces, including the capital Lanzhou, and Inner Mongolia.

The local government in Ejina, a county in western Inner Mongolia, has advised all locals and tourists to stay indoors starting Monday to prevent the spread of coronavirus

According to the National Health Commission, China reported 26 new local confirmed Covid-19 cases on Saturday (October 23), including seven in Inner Mongolia, six in Gansu, six in Ningxia, four in Beijing, one each in Hebei, Hunan and Shaanxi. In Hunan and Yunnan, four asymptomatic cases were reported.

The emergence of the delta variant in Asia is hindering governments' efforts to reopen their economies. Only employees who have been properly vaccinated or who have recovered from Covid-19 in the last 270 days will be allowed to return to work from January 1. Other virus restrictions were prolonged for another month by the government last week, even though more than 84 percent of the population has been completely vaccinated.

The pandemic has spread to three districts in Beijing, including Haidian, a scientific hub, according to Pang Xinghuo, vice head of the Beijing Center for Disease Prevention and Control.

According to reports, the marathon set to take place on October 31 is likely to be cancelled due to the virus outbreak. People living in cities where infections have been confirmed are currently prohibited from travelling or returning to the capital.