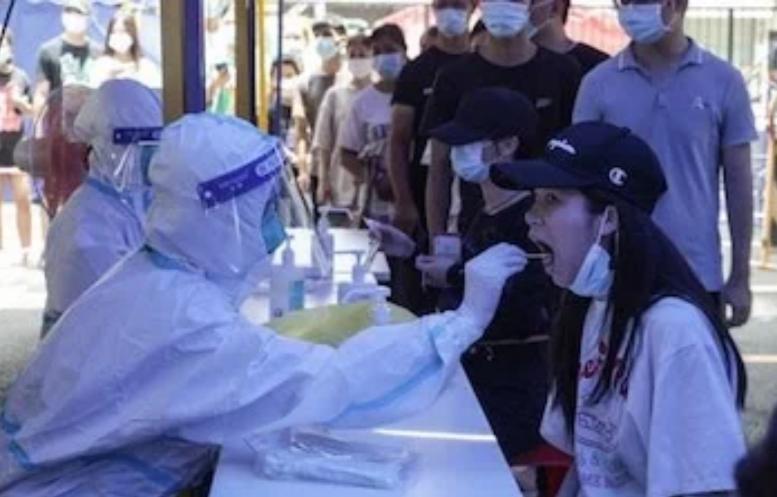 Authorities in Wuhan said they would test its entire population for Covid-19 after the central Chinese city where the coronavirus emerged reported its first local infections in more than a year.

China has confined the residents of entire cities to their homes, cut domestic transport links and rolled out mass testing in recent days as it battles its largest coronavirus outbreak in months.

Pang Xinghuo, the deputy director of Beijing’s Center for Disease Prevention and Control said, “Cluster outbreaks have occurred one after another around the country and multiple cases have been reported in Beijing, leading to a critical phase in our epidemic response. We can’t let loose a single strand of risk and hidden danger.”

Tokyo hospitals are already feeling the crunch, Hironori Sagara, director of Showa University Hospital, stated. "There are those being rejected repeatedly for admission," he said in an interview. "In the midst of excitement over the Olympics, the situation for medical personnel is very severe."

Chief cabinet secretary, Katsunobu Kato, told reporters fewer elderly people, most of whom are already vaccinated, are getting infected.

"On the other hand, infections of younger people are increasing and people in their 40s and 50s with severe symptoms are rising," he said. "With people also being admitted to hospital with heat stroke, some people are not able to immediately get admitted and are recovering at home."

According to health ministry guidelines, seriously ill patients are defined as those admitted to intensive care units (ICUs) or needing artificial respirators.

Also read: Soaring temperatures cause worse heatwaves in Greece in over three decades

China had previously boasted of its success in bringing domestic cases down to virtually zero after the coronavirus first emerged in Wuhan, allowing the economy to rebound.

But the latest outbreak is threatening that success with more than 400 domestic cases reported since mid-July.