Soaring temperatures cause worse heatwaves in Greece in over three decades 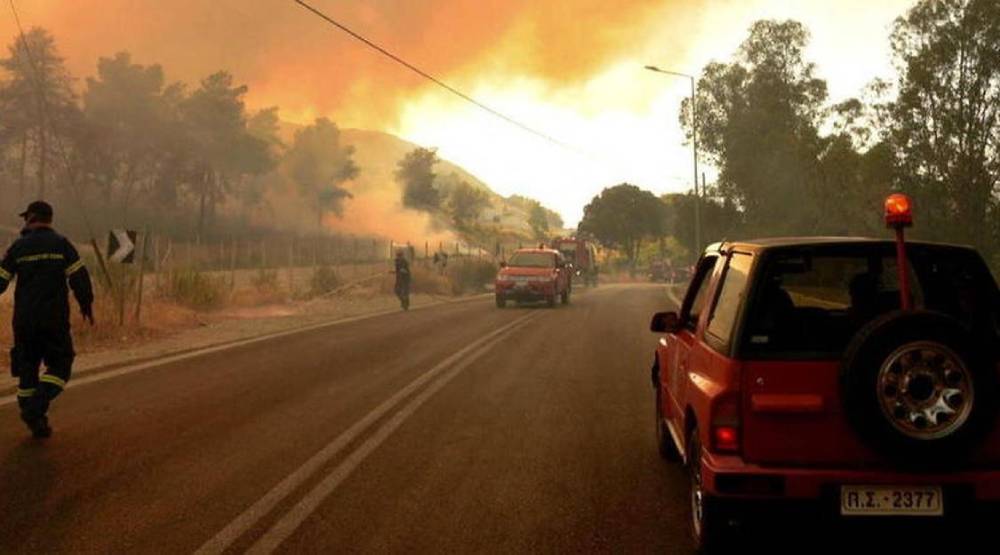 The southeastern European country - Greece is under the grip of the worst heatwave in over 30 years, Prime Minister Kyriakos Mitsotakis said on August 2 as the country observes high ranging temperatures of 45 degrees Celsius (113 degrees Fahrenheit) in some regions.

Mr Mitsotakis statements came as firefighters across the country are battling to contain hundreds of wildfires under control.

"We are facing the worst heatwave since 1987... [causing] a burden on the electricity network," Mitsotakis told journalists. The country's July 1987 heatwave killed more than 1,000 people. Forecasts predict temperatures will peak later this week.

Which areas have been the worst affected?

The National Observatory of Athens, referring to satellite images, reported that fire has destroyed around 3,000 hectares (7,400 acres) of pine and olive groves. The fire that broke out near the city of Patras, 200 kilometres (125 miles) west of Athens has been wreaking havoc across the nation.

Additional firefighting teams have been sent to the Islands of Rhodes which is closer to the Turkish border, to control and get the fire there under control.

The Valley of the Butterflies, which is a popular hiking spot, was evacuated on August 1.

How extensive are the fires?

Greek authorities have stated that there have been 116 new flames that emerged in the past 24 hours. These account for over 1,500 fires being recorded in July as compared to 953 in 2019.

Deputy Minister of Civil Protection Nikos Hardalias in his statement has said that the world is no longer talking about climate change but a climate threat.

"We are in a phase of absolute climatic deregulation," he cautioned.

One of the most heated temperatures ever recorded in Europe is 48 C, which was in 1977 in Athens.

Forecasters have indicated that the temperature in Larissa in Central Greece would come near to that mark of August 3.

In recent weeks, nations such as Italy, Spain and Turkey have been fighting worse wildfires resulting from rising temperatures.

Thousands have been forced to evacuate their homes due to the fire and a few have been killed along with several getting injured.

On August 1, the European Union had said that it will send volunteers and firefighting planes to Turkey where about eight people have lost their lives owing to the blazes.

Last month a leaked UN report that was obtained by AFP news agency showed that the world is now heading to a point where it will be impossible to cut down the effects of global warming.

"Life on Earth can recover from a drastic climate shift by evolving into new species and creating new ecosystems," the report had quoted AFP.

Dann Mitchell, a professor of climate science at the University of Bristol, said that the heatwaves in southeast Europe are not likely due to climate change but because of human-induced damage. He said it was not expected.

"The number of extreme heat events around the world is increasing year on year, with the top 10 hottest years on record all occurring since 2005,'' he added.

He further said these back swan incidents have always taken place, however, at present times they sit in the background of a hotter climate. Thus, becoming more destructive.