The movie will release is set to release on the big screen this Christmas postponing after a gap of a year Author : Tushar Singh 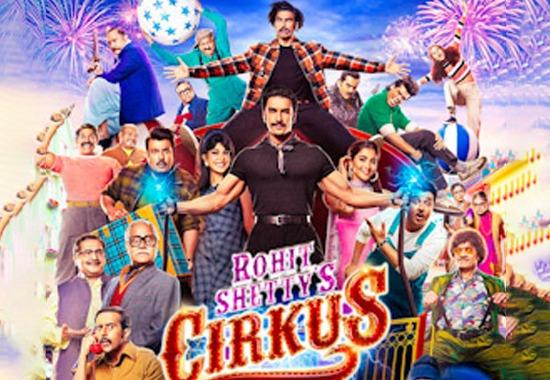 Ranveer Singh coming up in a whole new avatar with Rohit Shetty’s directorial Cirkus inspired by the 1982-based Hindi film Agnoor which is taken from Shakespeare’s play “The Comedy of Errors” directed by veteran lyricist and filmmaker Gulzar, which starred Sanjeev Kumar and Deven Verma in lead.

Initially slated to release on 2022’s New Year’s Eve but was postponed owing to a shooting delay and is finally releasing on the 23rd of December in 2022, the announcement for which was made in May 2022. The picture is being distributed by Reliance Entertainment & Zee Studios worldwide.

While the movie’s digital streaming rights have been cornered by the global OTT giant Netflix, however, we don’t have any details regarding the release of the film on the web space which is most likely to depend upon the success of the movie in the theatrical run. The movie will present Ranveer Singh in a double role alongside Pooja Hegde, Jacqueline Fernandez & Varun Sharma.

Like other big-brand movies, this Ranveer Singh starrer will have Christmas around the corner and is expected to make a huge success owing to the star-studded cast on the line.

No 8 AM theatrical slots available for Prithviraj and Nayanthara's comedy thriller Gold in Chennai; Know Why

A circus movie operator & his gymnast friends belong to a big circus company ‘juggle’ with their lives & try to bring back the lost circus arts to the public.

Cirkus is produced jointly by its director Rohit Shetty’s Rohit Shetty Pictures and Bhushan Kumar’s T-Series in union with Reliance Entertainment. On the technical front, Jomon T. John is looking over its editing aspects accompanied by Bunty Nagi. While the music and background are composed by Devi Sri Prasad, well acclaimed for his work in the Telugu film industry.

Among others in the cast, this picture will also star Siddhartha Jadhav, Johnny Lever, Sanjay Mishra, Vrajesh Hirjee, Vijay Patkar, Sulbha Arya, and Mukesh Tiwari among others.