“It is an issue of thousands of years of oppression,” said the CJI. 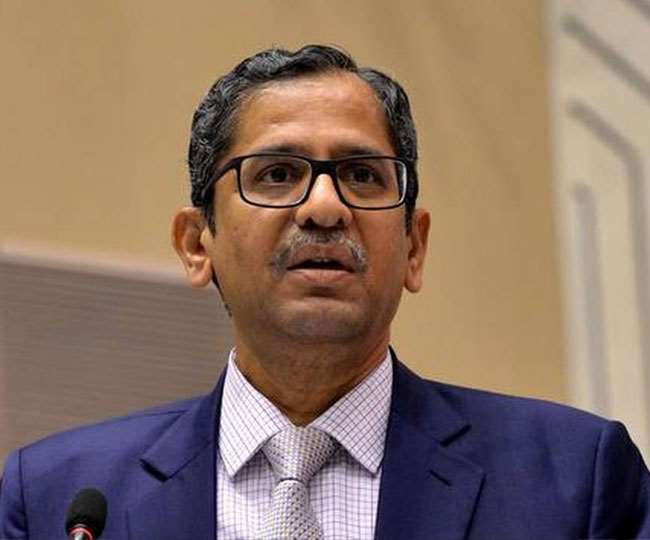 Advocating for 50% reservation for female lawyers and judges in the judiciary, the Chief Justice of India NV Ramana on Sunday has also demanded a similar and equal reservation in law colleges across India.

"There is a need to strongly recommend supporting the demand for some percentage reservation in all law schools in the country", the CJI said while addressing women advocates of the Supreme Court. The women lawyers had organised a felicitation program for Mr NV Ramana and the nine female judges who were recently appointed.

"We need 50 per cent reservation for women in the judiciary... It is an issue of thousands of years of oppression. In lower levels of the judiciary, less than 30 per cent of judges are women... in High Courts, it is 11.5 per cent... in Supreme Court only 11-12 per cent are women," he said.

"Of 1.7 million advocates in the country... only 15 per cent are women. Only two per cent of elected representatives in state bar councils are women," he said, adding that he had consistently raised the issue of why the Bar Council of the India National Committee does not have even a single woman representative.

He continued stating that all these problems require "urgent correction."

Further, noting Karl Marx ideologies, the CJI said workers around the world are United as they have nothing to lose, but the chains. He remarked suggesting the women of India break chains and demand what they deserve.

Highlighting that women lawyers face challenges unfriendly in nature, he said they have to work in uncomfortable environments, there is a lack of infrastructure like female washrooms and creches for working mothers.

Observing that today is Daughter's Day, Mr Ramana stated: "I am trying to resolve issues of infrastructure... forcing the executive to make changes."

He also wished everyone a Happy Daughter's Day,  adding that though it is an American tradition, India celebrates certain good things from around the world.

The Chief Justice has raised the issue of women's representation in the country's judicial system for the second time in September.

"After 75 years of Independence... expect at least 50 per cent representation for women at all levels... with great difficulty we have now achieved a mere 11 per cent on the bench of the Supreme Court," the CJI had said as he attended an event organised by the Bar Council Of India.

He further informed that the SC was weighing on the possibilities of resuming direct hearings in courtrooms, citing that the court was concerned about the health of the lawyers and has been keeping a watch on the medical guidelines relating to the Covid pandemic.

"Because, in the courtroom, the judges sit behind the partition on the docks, but the lawyers will be at the front together. That is why we are more concerned about the health and safety of the lawyers than the judges," the chief justice said. He also added that the apex court was acting on improving the SOPs for the entry of advocates in the courtrooms.

Three women judges were sworn in the Supreme Court on September 1 that has been dubbed as a “historic” moment. This a[ointment took the number of female judges in the top court four, only a portion of the sanctioned strength of 34 judges, which includes the Chief Justice. Presently, there is only Justice Indira Banerjee, Justice BV Nagarathna, Justice Bela M Trivedi and Justice Hima Kohli, with Justice Nagarathna, who is set to become the first female Chief Justice of India in 2017, that too for a brief period of one month.

For the uninformed, only a few women have been inducted as the Supreme Court judge since it came into existence.

The truth is that very few women have been sworn in as Supreme Court judges since its inception. Over the last 70 years of Independence, by far we had only eight, which started with M Fathima Beevi in 1989.