'BJP is trying to use Amarinder Singh as a mask in Punjab,’ claimed Punjab AICC in charge Harish Rawat. 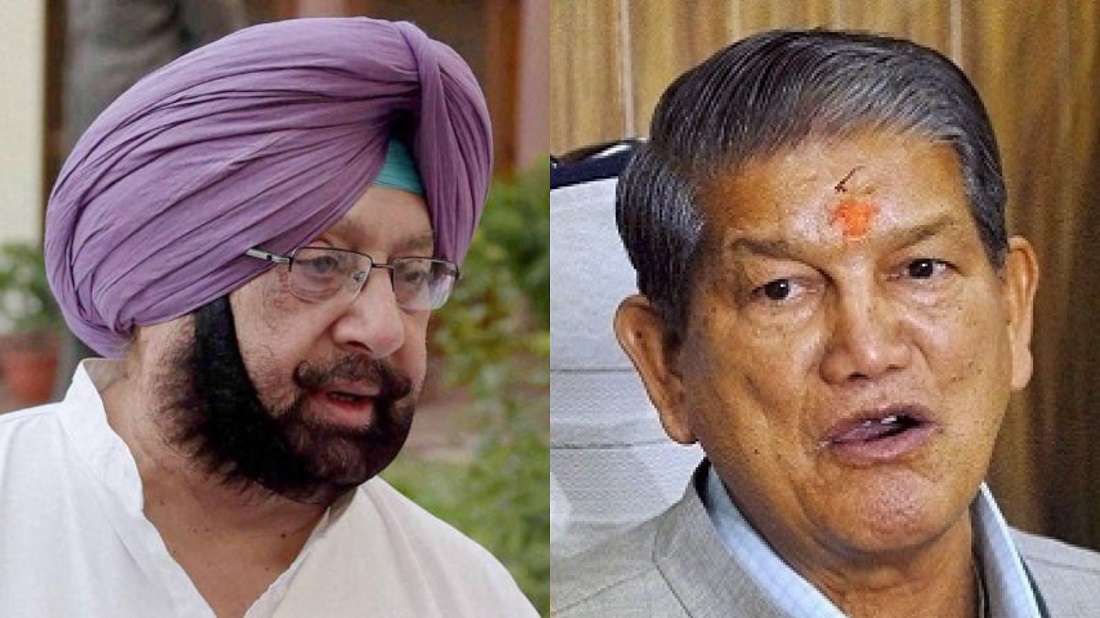 The Congress today refuted former Punjab Chief Minister Captain Amarinder Singh's allegation that he was humiliated by the party. Harish Rawat, the Congress's Punjab in charge also raised doubts about Captain’s secular credentials after reports of him meeting BJP leaders.
"He was said to have been humiliated. I'd like to make it clear that the party has always treated him with respect and held him in high regard,” said Mr Rawat in a media briefing.
The strong statement from Congress comes a day after Amarinder Singh flatly stated that he would leave the Congress after being adequately humiliated. Capt Amarinder made the comments on his first visit to Delhi since resigning as Punjab chief minister last month, where he met with Amit Shah and national security advisor Ajit Doval.
Captain also removed Congress from his Twitter bio, confirming that he’s quitting the grand old party.
“The theory of Amarinder Singh's humiliation is entirely wrong,” Rawat said. “His interactions with Amit Shah and other BJP leaders have sparked doubts about his secular credentials, which have always been at the core of his politics,” he added.
Also Read: Punjab CM Channi to again meet Congress High Command over issues raised by Sidhu
'BJP is trying to use Amarinder Singh as a mask in Punjab.'
Further, Mr Rawat stated that "Capt appears to be under some kind of pressure."
"He has been at the forefront of the Punjab Congress for years, and the party has always valued his leadership, so he should have stayed by the party when certain decisions were made," Mr Rawat said, referring to the party's decision to elevate Charanjit Singh Channi to the top position.
Rawat went on to say that Congress MLAs in Punjab were furious with Singh for failure in acting on the sacrilege case that occurred during the previous Akali Dal government's rule.
He claimed that the MLAs decided to take unwarranted action against Singh if the party did not call the Congress Legislative Party (CLP) meeting, which Singh has repeatedly stressed was unnecessary because he had already given his word on his exit.
“All the Congress party has done so far is to defend Captain Amarinder Singh's respect and dignity while also boosting the party's chances in the 2022 assembly elections in Punjab,” claimed Rawat.