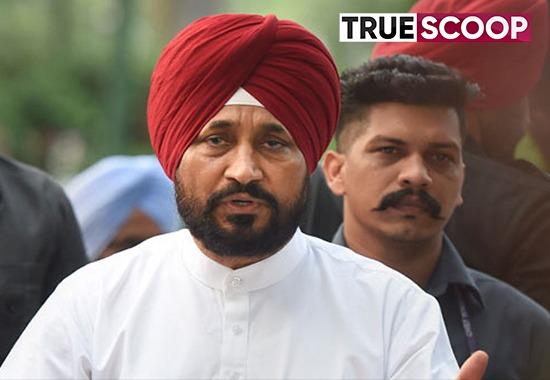 Giving a much-awaited bonanza of Rs. 124.25 crore for Asha and Mid Day Meal workers as a new year gift, Punjab Chief Minister Charanjit Singh Channi on Thursday announced a fixed monthly allowance of Rs. 2500 for Asha workers against the earlier amount got by them on the basis of incentives, which would cost the state exchequer to the tune of Rs.60 crore thus benefitting nearly 22,000 Asha workers. Likewise, the Asha workers would also be now entitled for the facility of cashless health insurance scheme up to Rs. 5 lakh which would be done by the state government free of cost so as to cover them against the probable risk of inflicting any infectious disease while performing their duties.
Similarly, in a major relief to nearly 42,500 Mid Day Meal workers working in 19,700 government/aided schools across the state, CM Channi also announced to enhance their fixed allowance from Rs.2200 to Rs. 3000 per month, this hike would entail an expenditure of Rs. 64.25 crore on the state exchequer. Besides, CM Channi also announced all the Asha workers and Mid Day Meal workers working across the state would be now entitled for full maternity leave on the pattern of other women government employees on regular basis. CM Channi further declared that all the Asha workers and Mid Day Meal workers would now get the hiked fixed allowance from January 1, 2022 and in future they would be getting these allowances for 12 months instead of 10 months earlier.
Addressing a public rally predominantly comprising Asha and Mid Day Meal workers especially assembled here at Dana Mandi, CM Channi said that today it is an auspicious occasion as if all his sisters from across the state have come at his brother’s home and he was fortunate to announce these relief measures for his dearest sisters. Listing the major initiatives of his government taken for the empowerment of women, CM Channi said that 33% reservation for women in government jobs, 50% reservation in PRIs and ULBs and free travel bus facility are in league with the women friendly decisions announced today for Asha and Mid Day Meal workers.
Referring to the Bani of first Sikh Guru Sri Guru Nanak Dev ji, CM Channi said that the founder of Sikhism raised a voice against the maltreatment and discrimination meted out to women in the society and emphasized the need for giving equality to them. He said any society could not prosper without giving a due respect to women especially our worthy mothers, sisters and daughters. He said to give due recognition and reverence to women was the only foundation on which any harmonious or an egalitarian society exists.
Advocating the cause for giving equal opportunities for women in the society, CM Channi underscored the need to make them equal partners in the process of development to ensure inclusive growth in a holistic manner. He said a congenial atmosphere to excel in different fields should be provided to women so as to enable them to serve the society in different roles of politicians, civil servants, academicians, professionals and above all public spirited persons to best of their capacities and capabilities.
Also read: Punjab Elections: Congress to shun over dozen MLAs, 50 poll candidates finalised
Prominent amongst others who were present on the occasion included Deputy Chief Minister OP Soni, Cabinet Ministers Rana Gurjit Singh, Aruna Chaudhary and Randeep Singh Nabha, Chairman PEDA HS Hanspal, former Cabinet Minister & MLA SAS Nagar Balbir Singh Sidhu, MLAs Darshan Lal Mangupur, Nazar Singh, Dr. Harjot Kamal, Amrik Singh Dhillon, Chaudhary Surinder Singh and Harpartap Singh, besides several leaders and workers of Congress party.