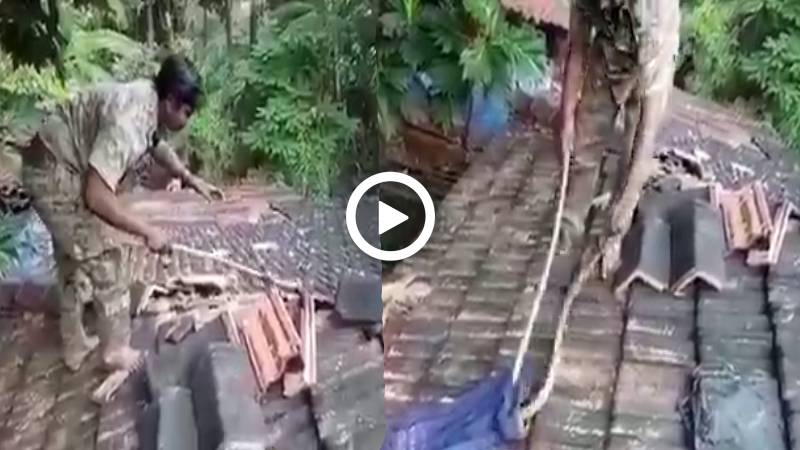 Spotting wild animals and rescuing them is now common sight of India amidst the pandemic. A cobra was rescued by forest officials in the Cotigao Wildlife Sanctuary in Goa on Thursday. Shailendra Singh of the Indian Forest Service tweeted the 2.12 second video in which a forest official climbed on top of a roof and removed the snake.
The cobra was caught up on the roof of a structure as the forest official removed the bricks to let the snake out. Thereafter, he used a stick to lead the cobra carefully into a bag. With utmost patience, the official conducted the rescue operation and managed to save the cobra.
The video was shared with the caption,"A clinical and fuss-free cobra rescue operation by forest officials in Cotigao Wildlife Sanctuary, Goa. It's not always a tiger, leopard or an elephant that foresters have to deal with."
Watch Video:
Also Read: Sourav Ganguly hails Kolkata Police as cops shift fallen trees after Cyclone Amphan. Watch Video
Cobra Rescue In Goa Goa Cobra Rescue Viral Video Cobra Rescue Viral News National News English News Trending News True Scoop News