Ganguly who is from Kolkata took to Twitter to retweet the clip posted by Debasmita Das (Deputy Commissioner of Police, South East Division, Kolkata) 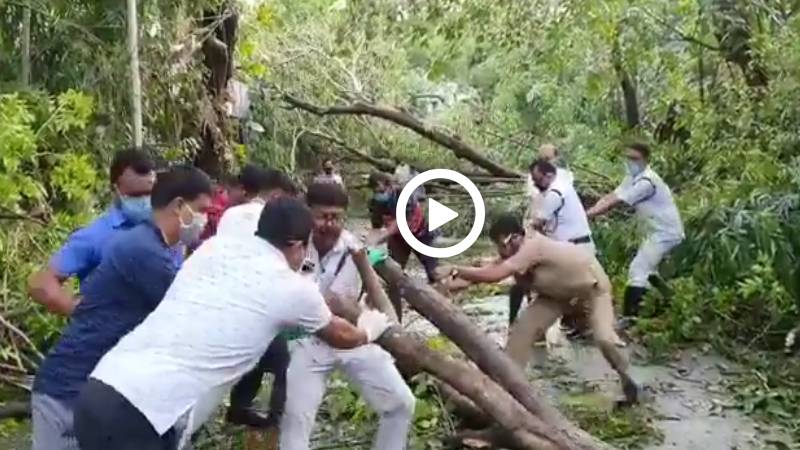 As the super-cyclone Amphan left Kolkata into havoc, Board of Control for Cricket in India (BCCI) President and former Indian captain Sourav Ganguly hailed Kolkata Police after a clip of West Bengal police manually shifting a fallen tree to clear the road went viral.
Ganguly who is from Kolkata took to Twitter to retweet the clip posted by Debasmita Das (Deputy Commissioner of Police, South East Division, Kolkata) with the caption: "So proud of kolkata police@kolkata police".
Cyclone Amphan has left 80 people dead and thousands homeless in West Bengal, battering several parts of the state and washing away bridges and swamping low-lying areas.
Watch Video:
Also Read: When super cyclone 'Amphan' pushed back an empty bus backward. Watch Video