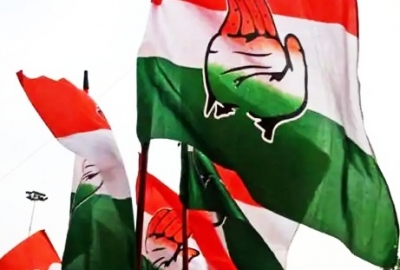 After easing of curbs, the principal opposition party, the Congress, has decided to take on the government on the issue of petrol price hike, after cornering the government on the shortage of vaccine, medical equipment and drugs. The regular petrol is already selling at more than Rs 100 per litre in Mumbai and some other parts of the country.

The Congress has decided to hold massive protests on June 11 across the country on all petrol pumps and will demand roll back of the prices. The Congress has alleged that the prices were static till the West Bengal polls, but after that it again started shooting up.

Fuel price rise in the country continued on Monday with oil marketing companies (OMCs) increasing the pump rate of both petrol and diesel, though it spared a hike on Tuesday.

Petrol is selling at Rs 95.31 per litre and diesel at Rs 86.22 per litre in the national capital.

In the city of Mumbai, where petrol prices crossed Rs 100 mark for the first time ever on May 29, the fuel price reached new high of Rs 101.53 per litre on Monday. Diesel price also increased in the city to reach Rs 93.57 a litre, the highest among metros.