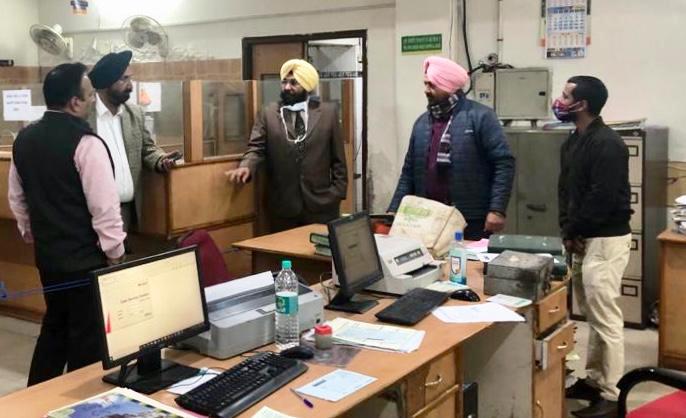 In the checking conducted during afternoon, Branch Manager Baldev Raj and Assistant Manager Baljinder Singh were found absent. The minister ordered the suspension of both.

The Cooperation Minister further said that whereas on one hand, the cooperation department is connected closely with the farming community and rural areas, on the other it is also linked directly with the urban as well as rural consumers which is why the indiscipline would not be tolerated. In a stern warning, he said that those indulging in negligence of duty whether other Government institutions or cooperative banks, would be strictly proceeded against.