The constable has been identified as Sridhar who kicked the girl’s father who was crying on the road preventing the cops from taking her daughter’s body to the mortuary for post-mortem. 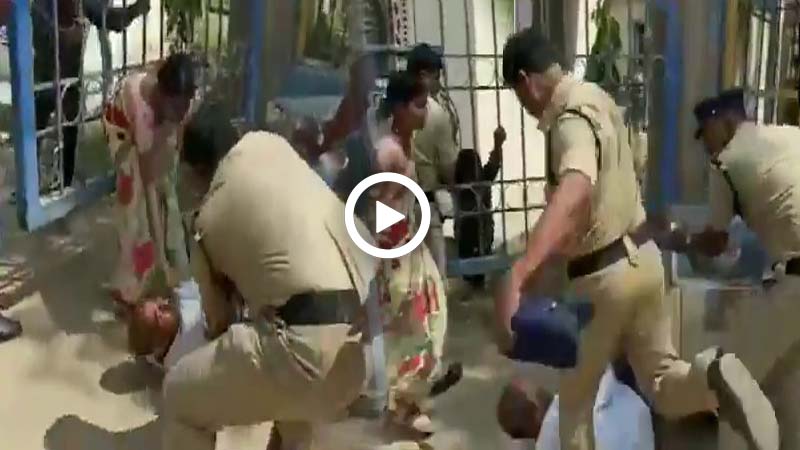 When someone cries you give your shoulder, that's what humanity is. However humanity in today's world is like a precious gem, not everyone have it. A video has surfaced online has fumed entire India. A cop was caught on camera kicking a crying father on the ground for his dead daughter who earlier suicided. The father was grieving over the death of his teenage daughter in suspicious circumstances at her hostel room in Patancheru town of Sangareddy district on Tuesday.

The constable has been identified as Sridhar who kicked the girl’s father who was crying on the road preventing the cops from taking her daughter’s body to the mortuary for post-mortem. After the video surfaced online, the Telangana police on Wednesday ordered an inquiry into the incident.

Medak district superintendent of police Chandana Deepti said, "an inquiry had been ordered into the incident and action would be initiated against the constable. We shall suspend him if proven guilty."