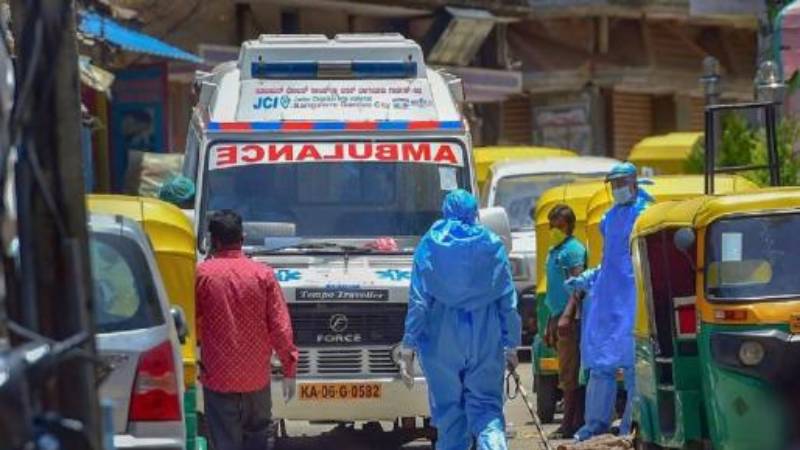 In another heart-wrenching news of the day, a retired Brigadier of the Indian Army had succumbed to the Covid-19 on Wednesday night while on his way to Chandigarh from Delhi for the treatment.

According to the report of the Indian Express, the retired Brigadier named Rashpal Singh Parmar was actually taken to the Delhi Military Hospital and DRDO's hospital for treatment however, he could not secure a bed there.

Although, Brigadier's family members somehow had arranged an oxygen cylinder for him to drove him to Chandigarh for the treatment, unfortunately, he could not survive due to Covid complications.

As per the reports of the eminent news agency, Lt Col SS Sohi informed that Parmar was denied admittance to any of the hospitals despite showing his documents.

"After being denied admission in Base Hospital, his son took him to the DRDO Hospital near the airport. But he could not secure admission even there despite showing all documents. Private hospitals too didn’t help," Lt Col Sohi was quoted as saying.

According to a senior officer at Army Headquarters in Delhi, "Even veterans who are members of Ex-Servicemen Contributory Health Scheme (ECHS) and are required to be managed by nominated civilian hospitals are being entertained at Military Hospitals to the extent possible. At this time, the medical personnel who are burdened, yet are performing their duties with utmost sincerity need to be encouraged."

He further added that no civilians were currently under treatment at the Military Base Hospital as all the beds were reserved by personnel still in service, veterans, and their dependents.

Brig Parmar joined the service on March 14, 1971, in the Corps of Electronics and Mechanical Engineers (EME). He is survived by his wife and two sons