Some states have yet to hit their peak of the second wave. 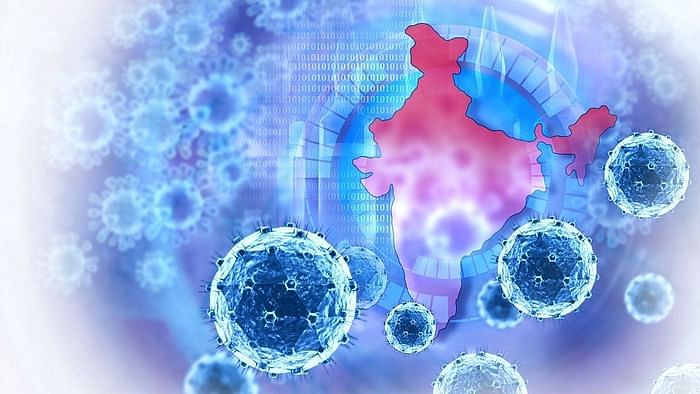 Agreeing with an earlier projection that the peak of the second wave of COVID will be around mid-May, a new research by a three-member panel of scientists set up by the Centre claims the second wave should be on its way out by this month’s end. This was reported by a national publication.

The panel, set up under the government’s Science and Technology Ministry, used a mathematical model to project about 1.5 lakh new cases by the end of May and by the end of next month to about 20,000 per day.

The panel arrived at these projection using the model which is called SUTRA (Susceptible, Undetected, Tested (positive) and Removed Approach).

Fortunately, the surge of COVID cases is showing signs of ebbing and many states reported lower daily case numbers. Further, many worst-hit states showed a reduction in their positivity rates also.

However, some states have yet to bear the full force of the second wave, claims the panel.
Also read: Centre asks states to make Black Fungus an epidemic, to report every case

Professor Manindra Agarwal from IIT Kanpur and a member of the panel claimed that the states which have peaked include Maharashtra, Uttar Pradesh, Karnataka, Madhya Pradesh, Jharkhand, Rajasthan, Kerala, Sikkim, Uttarakhand, Gujarat, Haryana in addition to Delhi and Goa.

Those states where the peak is yet o come include Tamil Nadu, Puducherry, Assam, Meghalaya, Tripura, Himachal Pradesh, and Punjab.

Regarding the third wave, the panel believes that the third wave does not seem likely before October, and further that when it occurs it might be localised thanks to more people receiving the vaccination.

Finally, the panel accepted that they had failed in not being able to predict the breadth and scale of the second wave in the nation.

Professor Mathukumalli Vidyasagar from IIT Hyderabad, Head of the panel said, "We were very optimistic when we said the second wave will see 1.5 lakh cases daily. We were wrong."