India has reported 578 cases of the new highly contagious Covid strain in the last 24 hours. 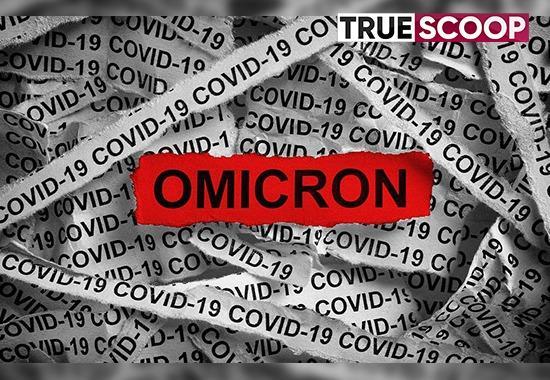 After less than a year, Covid led night curfews have been imposed in several states of India yet again. This time new Coronavirus variant Omicron has forced the administrations to tighten the restrictions ahead of new year celebrations.
Experts have predicted the Omicron-led third wave to hit India by end of January 2022 and peak in February. India has reported 578 cases of the new highly contagious Covid strain in the last 24 hours, up 37% from yesterday's total of 422.
Delhi has the highest cases of Omicron (142), followed by Maharashtra (141), Kerala (57), Gujarat (49) and Rajasthan (43). According to the Health Ministry's bulletin, of the total 578 Omicron cases, 151 people have recovered or migrated.
Amid the threat, states with the highest number of Omicron cases, such as Delhi and Maharashtra, have opted to restrict gatherings during the Christmas and New Year holidays.
Here's the full list of states that imposed night curfews amid the Omicron scare
Delhi
In response to an increase in new Covid strain - Omicron cases, the Delhi government has decided to impose a night curfew in the national capital from December 27. Until further notice, a curfew will be in effect from 11 p.m. to 5 a.m.
As of Sunday (December 26), Delhi has reported a total of 142 Omicorn cases, the highest in India.
Maharashtra
The Maharashtra government has imposed a curfew in the state, prohibiting gatherings of more than five people between 9 p.m. and 6 a.m. As of December 26, Maharashtra has recorded 141 Omicron cases.
Also, gyms, spas, hotels, theatres and cinema halls are allowed to operate with 50 per cent capacity. According to the government, restrictions have been put in place to avoid overcrowding during the Christmas and New Year celebrations.
Also Read: Election Commission to discuss Covid situation with top health officials
Karnataka
People in Karnataka will witness night curfew from 10 p.m. to 5 a.m. The curfew, announced by Chief Minister Basavaraj Bommai, will be in effect for ten days.
Uttar Pradesh
As the new year approaches, the UP government decided to implement a night curfew, beginning December 25, from 11 pm to 5 am.
Assam
Even though the state has not reported any Omicron case so far, Chief Minister Himanta Biswa Sarma has imposed a night curfew in the state from 11:30 p.m. to 6 a.m.
Haryana
From December 25, the state administration has imposed a night curfew, restricting people's movement from 11 p.m. to 5 a.m. According to the government, this Covid curb will be in place until January 5, 2022.
Madhya Pradesh
The government of Madhya Pradesh has imposed a night curfew in the state from 11 p.m. to 5 a.m. CM Shivraj Singh Chouhan has also stated that more restrictions will be implemented if necessary.
Gujarat
In the cities of Ahmedabad, Surat, Rajkot, Vadodara, Junagadh, Jamnagar, Bhavnagar, and Gandhinagar, the already imposed night curfew has been extended by two hours. The new hours will be 11 p.m. to 5 a.m.