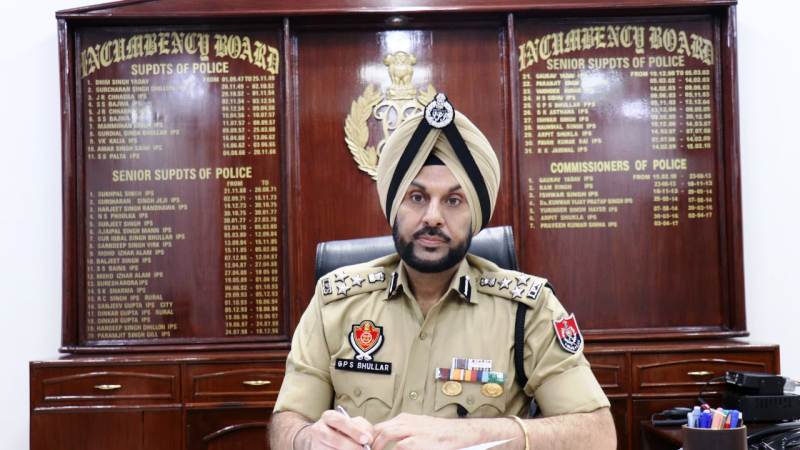 O/O District Public Relations Officer, Jalandhar, December 31- The Commissioner of Police Gurpreet Singh Bhullar on Thursday wished a happy, peaceful and prosperous New Year 2021 to all the residents of the city.

In his message, he said that may the Almighty shower his blessings on the people and their families and bestow on all of us the strength and determination to fulfil our dreams and realize our goals for the welfare of mankind in the New Year.

He said that the dawn of New Year is always welcomed with renewed hope and aspirations, which could only be fulfilled by working together with zeal, determination and dedication.

He expressed hope that partnership of police and public will be strengthened further in the New Year.

Meanwhile, Gurpreet Singh Bhullar also held a meeting with the police officials in the police and expressed great satisfaction on the performance of Commissionerate police in 2020 during which the cops fought a bravely war against Coronavirus as the enemy was totally invisible.

He said that drugs, mafias and other anti-social elements would be dealt with an iron hand.

He added that violators of the traffic norms would not be exempted at any cost adding that the focus of commissionerate Police would be to ensure minimum inconvenience to the people in the New Year.