Daniel Bryan might make his AEW Dynamite debut on September 22 at Arthur Ashley Stadium in New York in the Grand Slam episode. 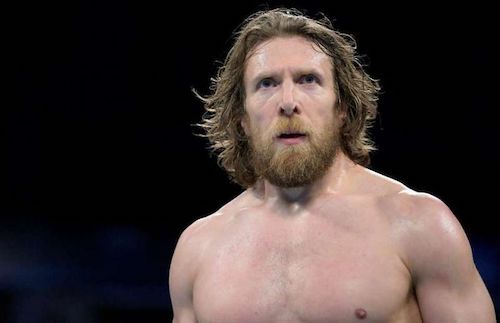 Since rumours of Daniel Bryan joining AEW surfaced earlier today, the wrestling industry has been in a frenzy. Fans were just coming to terms with the news that CM Punk was preparing for a comeback to the ring a few hours ago, and now there has been yet another major development.

It was reported earlier that Daniel Bryan's AEW contract gives the former WWE Champion creative control and also allows him to work dates in Japan. Thanks to Cassidy Haynes of BodySlam.net, a few more curious information have emerged. Bryan would have a lesser schedule and be paid similarly to what WWE gave him, according to the reports. 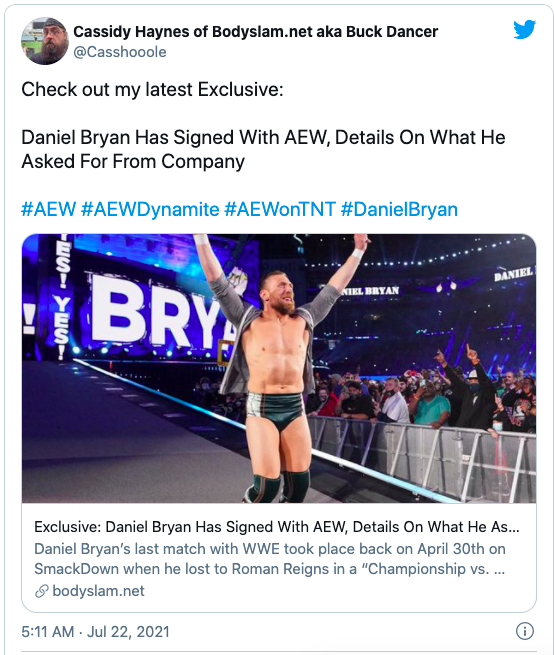 Aside from that, Haynes informed that Daniel Bryan might make his AEW Dynamite debut on September 22 at Arthur Ashley Stadium in New York in the Grand Slam episode.

The source also revealed earlier plans for Daniel Bryan's debut shortly after AEW All Out 2021, which were later scrapped to make room for CM Punk's expected debut at the PPV in Chicago.

Daniel Bryan is one of the most well-known names in professional wrestling, and the idea that AEW might might sign him speaks much about how far the business has progressed in only two years. Also Read: Sampatta Parambarai movie review :bringing North Madras culture in screen


What fans expect from Daniel Bryan in AEW?

It's hard to believe that Daniel Bryan, who recently competed in the main event of WWE WrestleMania 37, might soon be competing in a rival brand. Bryan could have bangers with anyone on AEW's big roster, given his talent in practically every type of wrestling.

While fans shouldn't expect Daniel Bryan to win the AEW Championship right away after making his debut, given the promotion's typical slow-burn approach, he should be able to compete in several important rivalries.

Whatever the case may be, the addition of Daniel Bryan and maybe CM Punk to the AEW roster could boost the company's stock to previously unseen heights in the industry.