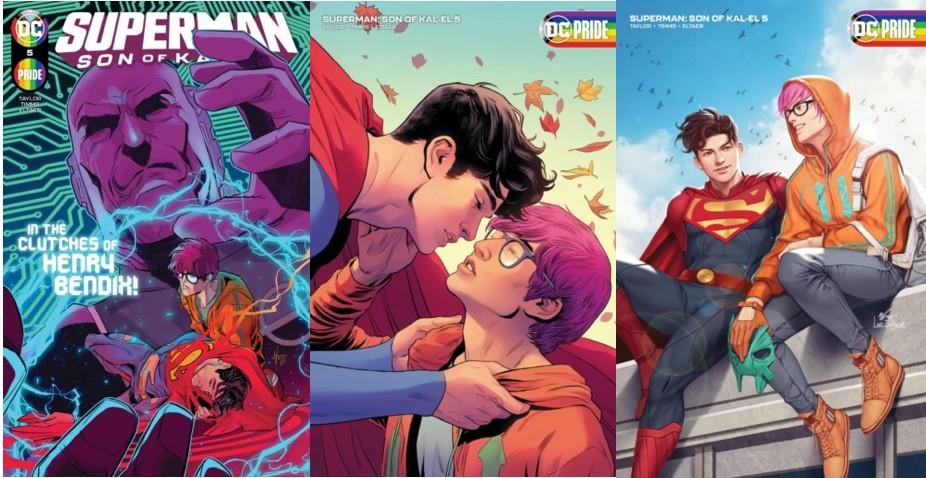 The next comic book issue, which would be released in November 2021, reveals that Superman is bisexual as he fell in love with a reporter, like his father. This time superhero’s love interest is a man named Jay.

On Monday, DC Comics announced that superman would be in a romantic relationship with a male reporter. The comic publisher has represented a superhero currently carrying a mantle of the ‘Man of Steel’ as a bisexual to raise the scope of LGBTQ representation within their pages.

The update was shared by the official ‘Superman’ handle, which tweeted, “Just like his father before him, Jon Kent has fallen for a reporter, learn more about the story to come in SUPERMAN: SON OF Kal-el #5: https://bit.ly/3FubuVk #DCPride.” While sharing the update the page has also shared a picture that shows superman in love with a male.

A statement, released by DC Comics, read, “Following a scene where Superman mentally and physically burns out from trying to save everyone that he can, Jay is there to care for the Man of Steel.”

Earlier, in August DC revealed Robin, aka Batman’s identity and he came out to be a Bisexual. In summer “Aquaman” introduced a Black who also came out as a gay superhero.

Know the reaction of the netizens on this move by DC:

One of the netizens wrote, “being proud #superman #jonkent #jaynakamura.”

While another wrote, “Lot of people pressed about Superman’s son, Jon, coming out as bi. To those I say, stay mad. I love it.”

The third one wrote, “Happy #ComingOutDay Jon Kent! It is so cool to see a bi Superman!”