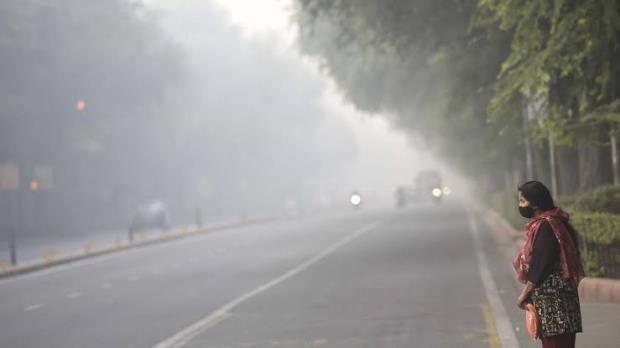 The Supreme Court once again asked the government to stop blaming farmers and today ordered to pursue farmers who burn stubble, while emphasising that it does not want to punish them while Delhi and its neighbouring cities face an escalating air quality crisis.

"We don't want to punish the farmers in any way. We have already requested that the Centre pursue those farmers and that they refrain from burning stubble for at least a week," NV Ramana, the Chief Justice, stated today.

"Debates on TV are causing more pollution than any other sources. Everyone has their own agenda there. We are trying to work out a solution here" remarked CJI amid the blame game concerning Delhi air pollution and fire farms.

Justice Surya Kant, who had previously stated that farmers require incentives to seek alternatives, reiterated his point today. "Regardless of affidavit figures, we must consider the farmers' plight...what drives him to burn stubble? That is insignificant to anyone. Farmers are being blamed by people staying in five-star hotels in Delhi. Take a look at the small landholdings. Are the machines you all talk about affordable to them?"

The Chief Justice's remark was in response to the back-and-forth between the Delhi government and the federal government over the stubble-burning data.

In today's hearing, Solicitor General Tushar Mehta representing the Centre told said that he had received "nasty comments" on TV about "how I misled the court by saying stubble burning only contributes 4-7 percent."

Also Read: Air pollution: No lockdown, but several other restrictions in Delhi-NCR

“We stated in our affidavit that some factors, such as stubble burning, contribute more to pollution after October. It doesn't happen all year,” said Mr Mehta after which CJI asserted, "these figures are not important for us."

"We are concerned with lowering pollution," the SC remarked.

Meanwhile, advocate Abhishek Manu Singhvi representing the Delhi government said, "Forget the politics. It is our responsibility to inform you that stubble burning is a cause. Depending on which month we're talking about, it ranges from 0% to 58 percent. It's possible that the Solicitor General used a four or six-month average.”

However, the Supreme court firmly remarked that "If you keep raising these other issues like that, the main issue will not be resolved."

Lawyer Vikas Singh, who is representing the petitioner, told the court: "Air pollution is a widespread issue. The government is asked by the Supreme Court, and the governments respond by saying, ‘We will do this and that,’ but nothing happens. It is wrongly stated that stubble only contributes 10% to air pollution. During the current season, it could be as high as 50%. Please send out directions for next year today."

According to the Ministry of Earth Sciences' air quality monitor SAFAR, Delhi's overall air quality index (AQI) remained in the 'very poor' category on Wednesday morning, with a reading of 379 at 7 a.m.