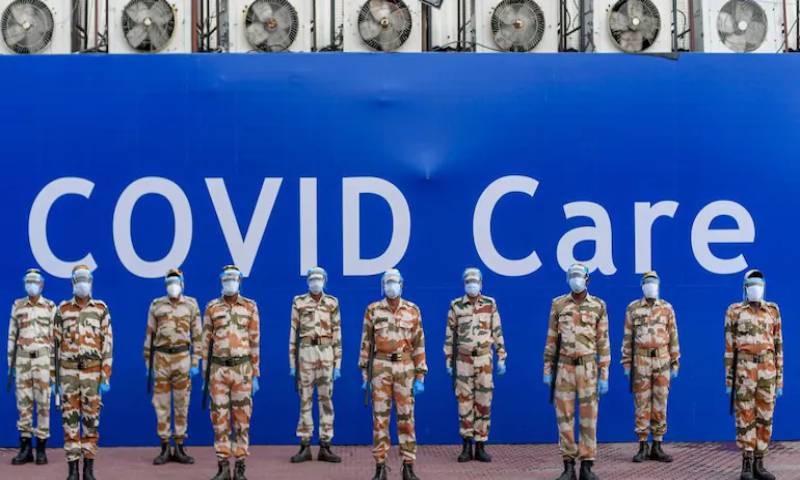 As the nation is witnessing the unbearable stretch of medical infrastructure due to the second wave of the pandemic, the Defence Minister of India Rajnath Singh on Friday has invoked the emergency powers enabling the Indian Army to battle against the crisis to save precious lives.

Under these powers, the Indian Armed Forces are allowed to set up and operate medical facilities, quarantine centres for the civilians. Also, it enables the Indian Army to procure Covid specific equipment and resources required to perform the urgent tasks.

Rajnath Singh took to Twitter to announce this and wrote, "To empower the Armed Forces and speed up their efforts in the nationwide fight against COVID 19 situation, Raksha Mantri Shri @rajnathsingh invoked special provisions and granted Emergency Financial Powers to the Armed Forces today."

“These powers will help Formation Commanders to establish and operate quarantine facilities/ hospitals and to undertake procurement/ repair of eqpt/ items/ materials/ stores, besides provisioning of various services and works required to support the ongoing effort against COVID,” the tweet added.

Also Read: All arms of govt working together to deal with the Covid situation: PM Modi

It may be noted here that in the last year similar powers were given to the Armed Forces to combat the first wave of virus in India.

However, this move of Defence Ministry comes days after Chief of Defence Staff (CDS) Bipin Rawat told PM Narendra Modi that all medical personnel who have retired from their services in the Armed Forces in the past 2 weeks will be called back to serve again at the Covid facilities near their homes.

Amid the oxygen crisis, CDS Rawat also assured that oxygen cylinders with the military will be diverted to the hospitals to save the lives of those in danger.