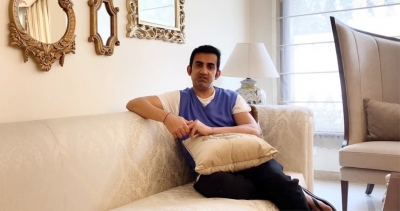 Delhi High Court while hearing a petition on Covid situation in Delhi came out with heavy observation on cricketer turned politician Gautam Gambhir and asked if he has license to deal in Covid-19 drugs.

Delhi High Court division bench of Justices Vipin Sanghi and Rekha Palli asked, "Are these not prescription drugs? How is anybody able to procure large quantities? Is he holding a license to deal in these drugs?."

Rahul Mehra, representing the Delhi government, told the court that it is "highly irresponsible" on the part of Gambhir, while when contacted Gautam Gambir's office did not elicit any response on the Court remarks.

The Delhi High Court on Tuesday expressed its displeasure over black marketing of medical oxygen while hearing a petition on shortage of oxygen and treatment of Covid patients in the national capital.

The Court said people were forced to buy oxygen cylinders in the black market for lakhs of rupees while their original cost is only a few hundred rupees. The court said those persons indulging in black marketing of oxygen should be taken into police custody.

During the hearing, the High Court said if the Delhi government is unable to manage oxygen cylinders then they should tell the court for procuring them. The court will ask the Central government to take over the charge of managing oxygen.

The court issued contempt notices to the five oxygen refillers who were absent during the hearing on Tuesday. Delhi Chief Secretary Vijay Dev informed the court that he has requested all oxygen refillers to furnish details of the tankers supplying oxygen in Delhi following which the quota of oxygen will be allocated for three days.