But that is what ED recovery looks like for some people and I still have hope that someday I won’t think about it anymore. 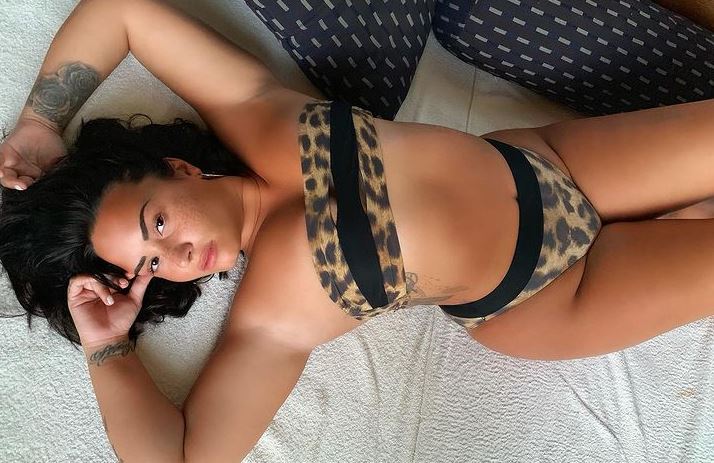 Demi Lovato had struggled with her body image a lot but now she has got a new outlook on her body and is celebrating the little wins, she had shared a sizzling selfie from her new TV project on her social media.

The sexy picture was captioned, “Had to film a sex scene today. My first one! I had a little anxiety going into it but the cast and crew were so professional and easy to work with, it calmed me down immediately. Then, I thought about how proud I am for being able to feel comfortable enough in my skin to do that. I rarely ever showed my arms before.. now I’m in this!! (Granted, it barely shows anything BUT STILL) I don’t always feel good in my skin, so when I do, AND I feel sexy enough to post - I do just that! It’s important to celebrate the little wins. Yay for this random burst of body confidence and yay for awkward hilarious sex” with a laughing emoji.

This year in May, she had admitted that she had an eating disorder and still face challenges while undergoing recovery for the same. Then she took her Instagram and posted a video of a mug which had words, “I am worth it,” as a symbol of recovery from the National Eating Disorders Association.

The video had a caption saying, “This is the @neda symbol for eating disorder recovery. I painted this at @colormemine years ago.. even though I was in the throes of my eating disorder, I still made this in hopes that I would truly believe it some day. I still struggle. Daily. There are periods of time where I forget about my food struggles and other times it’s all I think about. Still. But that is what ED recovery looks like for some people and I still have hope that someday I won’t think about it anymore. For now my mug reminds me that I am worth it, and today I believe it.”

Lovato released her seventh album, Dancing with the Devil... the Art of Starting Over (2021), which reached number two on the Billboard 200. Lovato's struggles with an eating disorder and substance abuse have been well-documented by the media, in response to which they published a book, Staying Strong: 365 Days a Year (2013), and released the documentaries Demi Lovato: Simply Complicated (2017) and Demi Lovato: Dancing with the Devil (2021).