Ranjit Singh was murdered in 2002 in the premises of Dera Sacha Sauda. 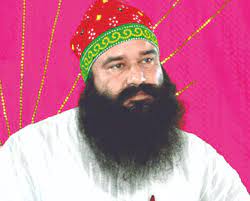 Dera Sacha Sauda chief Gurmeet Ram Rahim, who was sentenced in August 2017 to 20 years of imprisonment in connection with raping two of his women followers and the murder of a journalist, on Friday held guilty in connection with former Dera Manager Ranjit Singh's murder case.

The special Central Bureau of Investigation (CBI) court in Haryana's Panchkula also convicted four others in the case and said that the quantum of sentence in the matter will be pronounced on October 12.

The other accused in the case along with Rahim Rahim are identified as Avtar Singh, Dera manager Krishan Lal and shooters Jasbir Singh and Sabdil Singh. Another accused Inder Sain passed away in October 2020.

Ranjit Singh was murdered in 2002 in the premises of Dera Sacha Sauda.