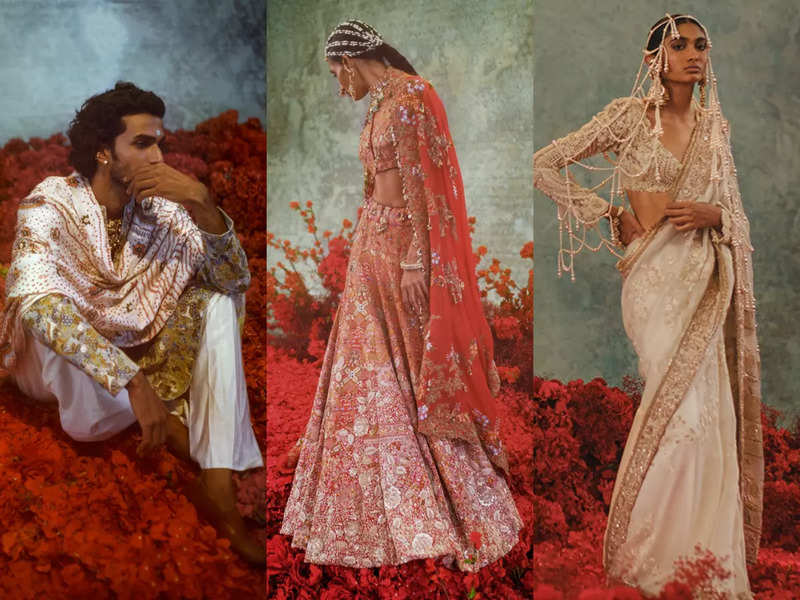 Costume designer Anamika Khanna who operates her fashion studio from Kolkata has been designated for being an Indian designer who brought International recognition to the Indian traditional textiles and techniques by merging them with western silhouettes and tailoring.

She has been a true wizard in her hand skills.

She termed her latest collection 'an emotion' - a way of rejoicing beauty.

“It is an acceptance of what is, and a celebration of what we are given. This way we pay homage to the most intricate crafts of India, take from there, the spirit of what was and what will be for eternity.”

The set built has red pastures on trampolines and models could be seen jumping pleasingly, clad in Khanna's lehengas and sarees. Any bride would love to slip into one of Anamika’s designs.

The collection is best simply for its aesthetics. The fashion film begins with models jumping on the trampolines covered in red flowers. The cinematography makes the designs appear even more alluring. The way the camera has captured the models and how angles move is swift, yet it's mythical.

The pearly veils are another eye-catching trend that might intrigue the viewers. Besides, it had already become a cynosure of all eyes after Sonam Kapoor's sister Rhea Kapoor was seen donning this pearl veil at one of her wedding functions.  This is definitely a trendsetting piece that you might want to have in your wardrobe. 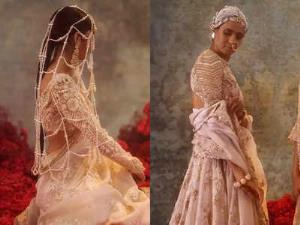 While for her show also, Anamika had used these pearl veils and hairnets to style her models. These hairnets went very well with the lehengas and sarees.

The detailed embroidery work on lehengas, kurtas and sarees accentuated the multitudinous Indian crafts and traditional handworks have. The designer has paid homage to some of the most intricate Indian techniques through this collection.

Men are not excluded in Khanna's collection. The male models have been featured outstandingly in graceful Kurtas and stoles with Kala Dori work making them look absolutely fascinating. They are styled with terrific-looking chokers and neckpieces to endow a modern touch upon traditional outfits. 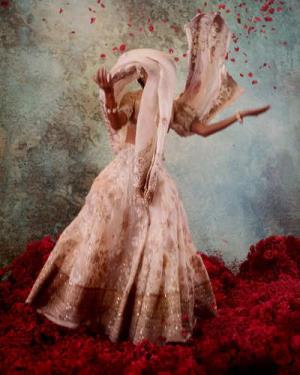 Braids and hair accessorised with pearl veils and net just created a dreamy view, meanwhile, the green hair colour on a male model wearing a draped kurta with sherwani is crackerjack.