The protesting students have alleged that a fellow hosteller has recorded personal videos of 60 other girls and sent them to her friend in Shimla Author : Samriti Bharadwaj 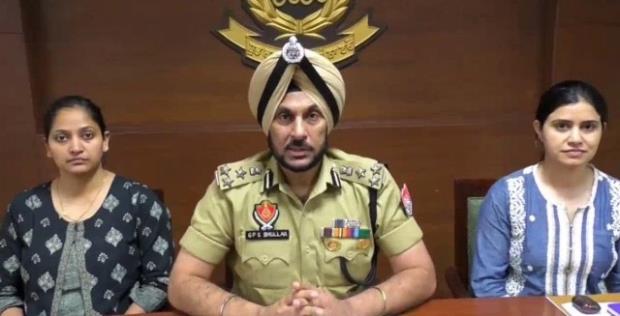 A massive uproar had gripped Punjab’s Mohali-based Chandigarh University late at night after personal videos of 60 girl students have gone viral. The protesting students have alleged that a fellow hosteller has recorded personal videos of 60 other girls and sent them to her friend in Shimla who posted them on social media which have gone viral from there.

Though the protests in Chandigarh University have ended, still there are many chapters of the video leak scandal that remains unfolded.

Today on this matter, DIG Rupangar, Gurpreet Bhullar came forward and gave updates on the matter. He said that on the instructions of Chief Minister Bhagwant Mann the police reached the spot and conducted the investigation. Simultaneously, SIT was formed so that fair and absolute action could be taken.

He said that when the police got the information of the matter, then on the complaint of the complainant, the accused girl was arrested. In the follow-up, 2 accused came forward and they were also arrested with the help of Himachal Pradesh police. SIT was formed on the guidelines of DGP, in which SP Rupinder Bhatti is leading it with the supervision of ADGP, doing the investigation of all the matters.

He also added that the SIT team visited the scene of the crime and also checked the bathrooms and now cyber experts are being involved. Apart from this, the statement of the warden has also been recorded. Everything mentioned in the FIR is being deeply investigated.

State forensic experts have also investigated the university hostel. DIG assured that all the proceedings would be transparent and further action would be taken after getting all the data. 3 accused are in police remand.

SIT will do a transparent and unbiased investigation. He appealed if anyone gets any evidence regarding the case, they should contact the police at any time.