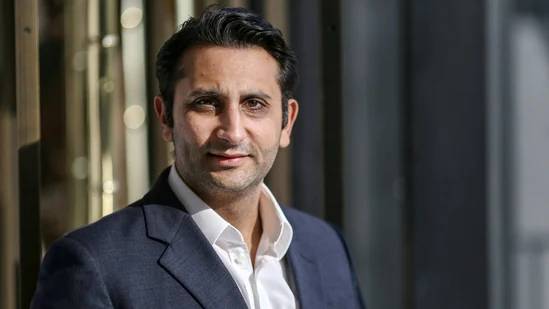 Maharashtra Congress chief Nana Patole on Monday said that Congress is ready to take full responsibility for Poonawalla security, days after the SII CEO claimed that he is facing immense pressure from 'some of the most powerful people in India’ demanding quick supplies of Covishield vaccine. Poonawalla also added that his company might start vaccine production from outside India in the coming days.

"Adar Poonawalla (Serum Institute of India CEO) said that he was threatened by some senior leaders. Congress takes full responsibility for his security. But he should make it public as to who are these leaders," Patole was quoted as saying by news agency ANI.

Patole further added, “No one will touch him in the country, he has to carry out the vaccine production in India to save the people of the country. Congress is with him and will take the onus of his protection.  Who are these leaders? Who has threatened him? He should bring these things in the limelight.”

Speaking about the pressure Ponnawalla was under over the production of COVID-19 vaccines to meet the increasing demand in India as the country is witnessing a disastrous second coronavirus wave, the SII CEO in an interview with The Times stated that he and his family are receiving threat calls from powerful politicians to businessmen for instant supplies of the vaccines.

Serum Institute of India, Pune is the largest vaccine making firm in the world which is manufacturing Covishield -- the Oxford/AstraZeneca COVID-19 vaccine.

The 40-year old entrepreneur said that this is the reason behind him fleeing to London to stay with his family because he doesn’t want to go back to the situation.

"The level of expectation and aggression is unprecedented. It's overwhelming. Everyone feels they should get the vaccine. They can't understand why anyone else should get it before them," Poonawalla had said in the interview. He had also hinted that he might expand the vaccine manufacturing business to other countries which may include Britain.

The Oxford/AstraZeneca vaccine was approved in January this year in India for vaccination of its citizens and the Serum Institute of India (SII) had increased its annual production capacity from 1.5 to 2.5 billion doses for million and stockpiled 50 million doses of Covishield. The firm began exporting to 68 countries, including Britain, as India seemed to have been over the worse until the situation worsened in recent weeks.