On Monday, Sonu Nigam opened up against Bhushan Kumar in an Instagram video, warning him not to mess with him 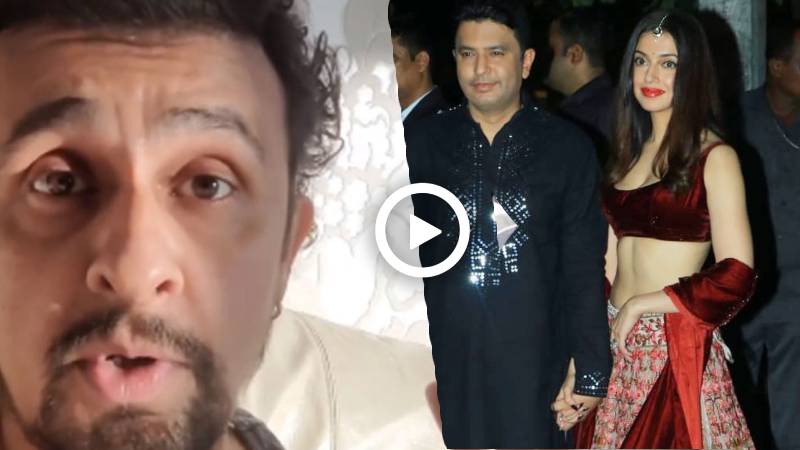 After Sonu Nigam opened up against T-Series chairman and MD Bhushan Kumar, the latter's wife Divya Khosla Kumar has hit back at the singer. Divya has accused Sonu Nigam of "selling lies" as a way of seeking publicity and called the singer "thankless".

"Today it's all about who can run a good campaign…. I'm even seeing people being able to sell lies and deceits with their strong campaigns…. #sonunigam such kind of people know how to play with the minds of the audience ….. God save our world!" Divya Khosla Kumar wrote in her Instagram story on Tuesday.

"#sonunigam ji TSeries ne aapko industry mein break Diya… aapko itna aage badaya …. agar aapko itni hi khundas thi Bhushan se toh phele kyun nahi bole … Aaj publicity ke liye kyon kar rahe hai … Aapke pitaji ke khud maine intne videos direct kiye jiseke liye woh Hamesha itne shukar guzar rehte thee … But some people r thankless #achasiladiyatunemere pyaarka (Sonu Nigam ji, T-Series gave you a break in the industry, helped your career flourish, if you had so much complaint against Bhushan, why didn't you speak up earlier? Why are you doing this for publicity now? I myself have directed so many videos of your father, for which he was forever grateful. But some people are thankless)," the actress-director wrote in a separate story.

On Monday, Sonu Nigam opened up against Bhushan Kumar in an Instagram video, warning him not to mess with him. The singer also threatened of leaking a video of Marina Kuwar, an actress who had reportedly accused Bhushan Kumar of sexual harassment in an interview.

While Sonu Nigam recently spoke about mafias ruling the music industry in an Instagram video, now singers Adnan Sami and Alisha Chinai have come out in his support and spoken on the same.

Recently, Sonu Nigam has publically accused Bhushan Kumar of being the mafia of music industry.