Diwali, which is celebrated every year on the Amavasya of the Kartik month falls on November 4 this year. 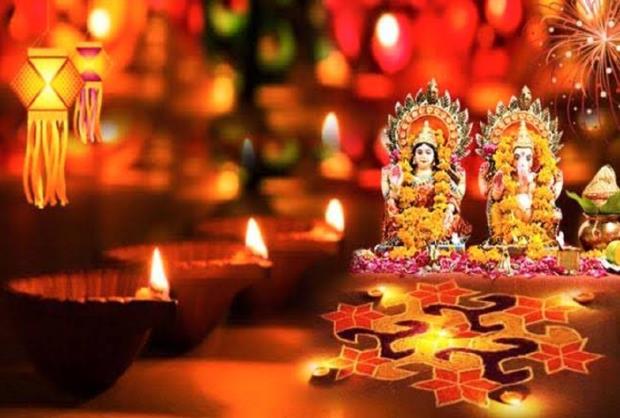 People clean their homes and decorate every corner with lights, lamps, diyas, flowers, rangoli, and candles during this festival. Families also perform Lakshmi Puja, in which they pray to the Goddess of Wealth for health, wealth, and prosperity.

Diwali, which is celebrated every year on the Amavasya of the Kartik month falls on November 4 this year.

Why do we celebrate Diwali?

The ancient festival is linked to a number of religious stories.

According to Hindu mythology, on the auspicious occasion of Diwali, Lord Rama- the Prince of Ayodhya, returned home with his wife Mata Sita and brother Lakshmana.

They returned to Ayodhya after spending 14 years in exile and defeating Ravana, King of Lanka. The people of Ayodhya had greeted their return with great zeal, lighting rows of lamps and diyas.

According to Bhagwat and Vishnudharmottara Purana, Lakshmi Ji appeared from the churning of the ocean on the new moon of Kartik month.

Meanwhile, Lord Vishnu and Lakshmi ji were married on this day, according to the Valmiki Ramayana.

One of the most important rituals of Diwali celebrations is Lakshmi Puja. On this day, people pray to the Goddess of Wealth to receive her blessings and to wish for health, wealth, and prosperity.

On Diwali, most Hindu households decorate their homes and workplaces with marigold flowers and Ashoka, mango, and banana leaves for Lakshmi puja. Mangalik Kalash topped with unpeeled coconut on both sides of the home's main doors is considered auspicious.

Most pujas are traditionally performed following a day of fasting. So, devotees observe a day-long fast on the day of Lakshmi puja. The fast is broken after Lakshmi Puja in the evening.