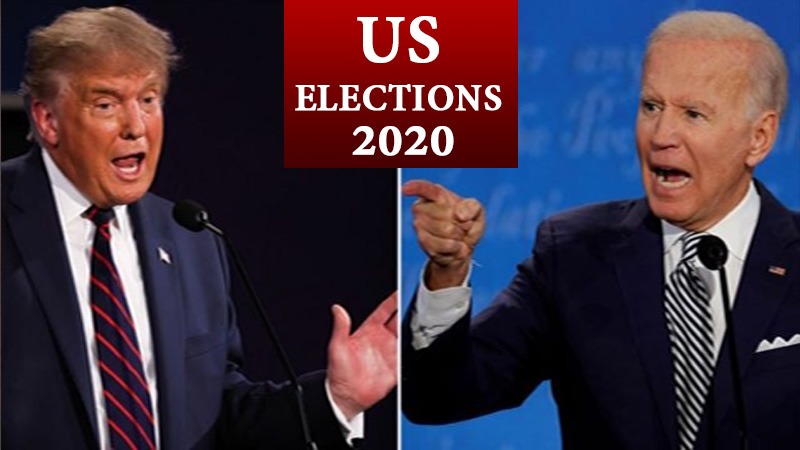 Donald Trump’s boisterousness and lying through the teeth are no secrets. He has a way with his words, voice, presence, and personality that is able to polarize many towards him. True to his character, in the First Presidential Debate of 2020, he made claims which upon fact-checking are incorrect.

Republican President Donald Trump and Democratic rival Joe Biden sparred on stage for the first time on Tuesday in a pivotal debate ahead of the Nov. 3 U.S. presidential election.

With more than a million Americans already casting early ballots, the debates kick off as investors worry about prolonged uncertainty if Trump were to lose, after his refusal to commit to accepting the election outcome.

# Donald Trump claimed that mail-in voting is fraudulent and his opponent, Joe Biden was using COVID-19 as a cover to push voting via postal mail to allow Biden to manipulate the votes. The fact is that elections via mail are not fraudulent and there has never been any sort of rigging.

# Poll-watching is a phenomenon that Donald Trump endorses and encourages to his supporters to do. He mentioned Philadelphia in particular and how the officials removed Trump’s supporters from the scene because the officials were committing vote fraud and did not want the poll-watchers to know. This however was not the case and the local officials were working as per their state laws which only permits the watching on the Election Day.

Also Read: Trump refutes on the reports of paying $145K in taxes to India and made $2.3m from projects

# Donald Trump falsified the count of the military votes that were found discarded in Pennsylvania. Out of the nine paper ballots, seven had Donald Trump as the selection, while claimed that all had his name.

# In the same incident mentioned above, Donald Trump cited that his opposing parties were rigging the elections and the entire mail-in system has been purchased for achieve their victory. The officials denied this claim and informed that a seasonal contractor was not trained properly and they have updated their procedures to make such a thing an even more remote possibility.

# In the same vein, mail delivery persons in West Virginia were blamed by Donald Trump for selling ballots. One employee has been found and charged with changing the selection in a previous election. However, none of the departments associated with physical mail delivery are participating in any such activity.

# Joe Biden’s son Hunter Biden was alleged to have received a large sum of money from the wife of a former mayor of Russia, alluding to as an aid for Joe Biden’s campaign. The financial transfer took place, but not as and for the purpose that Donald Trump presented. The money was for consultation to a company with which Hunter Biden had no association, though was propagated otherwise.

# Joe Biden has put forth an idea of having private as well as a government-run health care plan. Donald Trump misrepresented it as a “Medicare for All” with a different name, but such was not how the viewers might have construed it.

Donald Trump either has an outstanding ability to lie with a straight face or he actually believes the things he says. In either case, his charm and persuasion are no match for facts.

Get the latest update about Donald Trump, check out more about Top English News, Joe Biden, US Elections 2020 & True Scoop