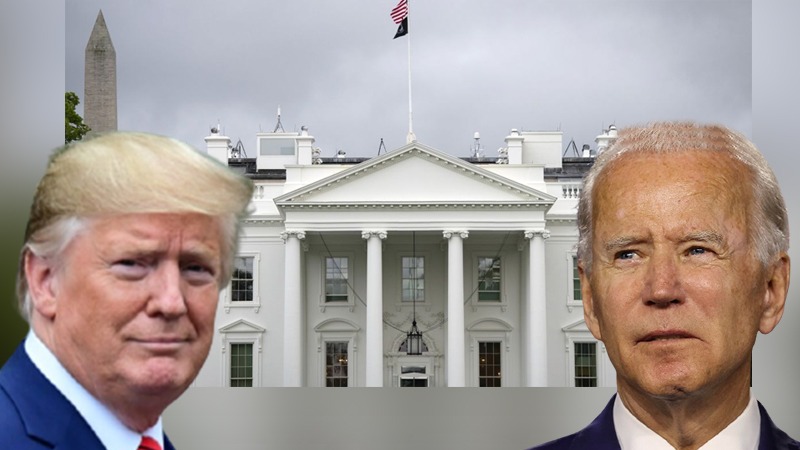 The most powerful country in the world is turning out to be the epicenter of political turmoil. The counting of electoral votes is still going on but the champagne bottles are going pop in the Joe Biden camp but they're keeping it low key for now.

The recent developments in the US Elections clearly indicate that all is not going well. According to the American Elections rules and regulations,  ‘Electoral College’ is the term given to the body of individuals who are selected or elected to be “electors”.

Whosoever party reaches the mark of 270, that party is termed as the winner of elections. While writing this article Joe Biden has already reached 264 mark and is ahead of Donald Trump where but are still going on.

However, it is not necessary that what is visible is always the truth. Many reports suggest that this year's US Presidential elections have not been totally unbiased. Recently, the Associated Press (AP) and Fox News declared Democratic presidential nominee Joe Biden the winner of Arizona. However, soon it was reported that the counting was going on.

While the counting was going on, Trump was way ahead of Biden in places like Wisconsin, Pennsylvania, and Michigan however, the result turned drastically and Biden started leading.  Trump on this had said, "The damage has already been done to the integrity of our system, and to the Presidential Election itself," he tweeted, alleging without proof or explanation that "secretly dumped ballots" had been added in Michigan.

Trump's campaign announced lawsuits in Michigan, Pennsylvania, and Georgia and demanded a recount in Wisconsin. Deputy campaign manager Justin Clark said in a statement. “Democrats are preparing to disenfranchise Republican votes and dilute them. President Trump is fighting with his team to put a stop to it,” he added.

Clark said that in Philadelphia and elsewhere, elections officials had forced their elections watchers to stand 25 plus feet away to observe the counting process. Biden's statement of 'Every Vote Count' has earned him a lot of praise however, the change in maths indeed raise suspicion on the transparency of the counting of votes.

Biden's call to count every vote be it legal or illegal suggests that the counting will not stop until the Democrats are termed winners of the US Elections. When the counting of votes was on peak Biden was on 223 while Trump was in the race with 214 electoral votes.

However, due to postal ballots, in states likes Wisconsin, Arizona, and Michigan where Trump was leading with 4-5% votes, Biden surpassed him easily. In Pennsylvania, after counting 64% electoral votes, the Pennsylvania court ordered counting some votes to stop. The order applies to so-called provisional ballots, a second vote which some voters were allowed to cast on election day to correct errors in postal ballots that they had already sent in.

Ruling on cases filed by Republican Party members, the court said that such ballots should be kept separately pending a decision, but rejected demands that they should be rejected outright.

Tucker Carlson Show on Fox News, the show's host said that "many Americans will never again accept the results of a presidential election," because of lawsuits filed by the campaign for President Donald Trump alleging possible voter fraud in key swing states.

Also Read: "Joe Biden should not wrongfully claim the office of the President": Donald Trump on Joe Biden's prediction of 300 plus electoral votes

"The outcome of our presidential election was seized from the hands of voters where, of course, it rightly belongs and now resides in the control of lawyers and courts and highly partisan clearly corrupt big-city bureaucrats." the host added.

The statements by the FOX News show has supported the narrative of Donald Trump's claim of fraud in vote countings. Biden's statement to count every vote also indicates that the Democrats might be aware that the delayed votes will benefit them.

Josh Shapiro, Pennsylvania’s Democratic and Attorney General on November 1 had said that Trump will lose if all the votes are added up.

All these controversies in the US Elections indeed raise questions as smoke cannot appear until there is a spark. Whatever the outcome of the US Election comes it is possible that in future investigation takes place on this and the actual truth may emerge.