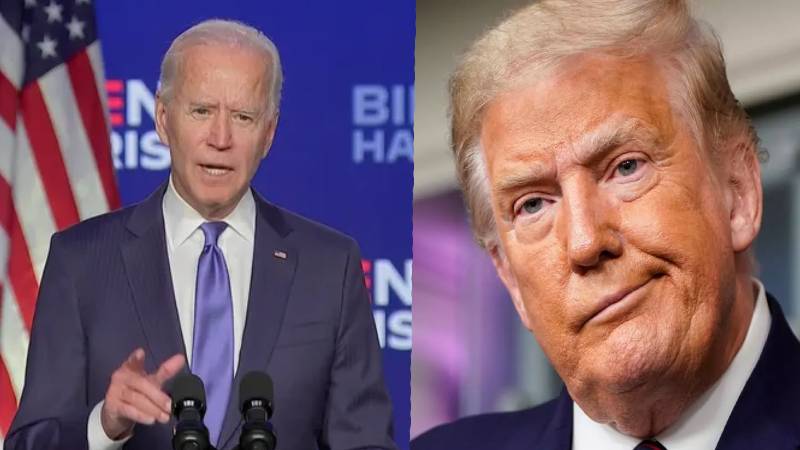 Amid the growing suspense over the outcome of the recently-concluded US presidential election, Democratic nominee Joe Biden said that he was going to win the hotly-contested race "with a clear majority, with the nation behind us", but stopped short of declaring victory.

In a televised address on Friday night, Biden said: "We've gotten over 74 million votes, that's more than any presidential ticket has ever gotten in the history of the United States of America."

The former Vice President said that the Biden/Harris ticket was on course to win over 300 electoral college votes and also Arizona and Georgia, the two traditionally Republican states, for the first time in over two decades, the BBC reported.

Biden added that he, along with his running mate Kamala Harris, have "rebuilt the blue wall" by winning back the Midwestern states.

"We'll win this race with clear majority of nation behind us," he said.

Regarding the raging Covid-19 pandemic, Biden said he would take action on the virus on "day one of his presidency".

Acknowledging that tensions were high after the "tough election", Biden urged the American public to "put anger and demonisation behind us".

"We have serious problems, we don't have any more time to waste on partisan warfare. We may be opponents, but we're not enemies," the BBC quoted the former Vice President as saying.

"Your vote will be counted, I don't care how hard people try to stop it, I will not let it happen.

"There is no reason we can't own the 21st Century, we just need to remember who we are," he added.

Currently, Biden appears close to winning the presidency after securing over 27,000 votes more than President Donald Trump in battleground Pennsylvania.

He is also leading in the swing states of Georgia, Nevada and Arizona.

Responding to this US President Donald Trump slammed Joe Biden and reiterated of the illegal vote counts in the elections. In a series of Tweet Trump wrote, "Joe Biden should not wrongfully claim the office of the President. I could make that claim also. Legal proceedings are just now beginning!"

"I had such a big lead in all of these states late into election night, only to see the leads miraculously disappear as the days went by. Perhaps these leads will return as our legal proceedings move forward!"

With Inputs From IANS